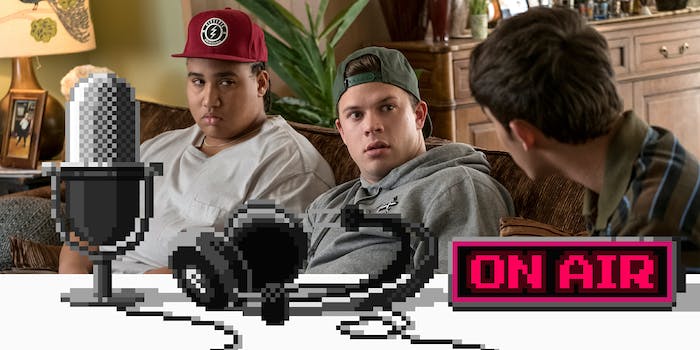 A month after release, we're still asking who drew the d***s.

The Netflix original series American Vandal debuted a month ago, and offered a fairly absurd premise: The cars of 27 faculty members at a California high school were vandalized with dicks, and one known dick drawer is under the microscope.

And so starts the eight-episode dick joke. But the series plays it straight, and messes with with our true-crime obsession. American Vandal wasn’t an immediate hit, but a month out people are now deeply invested and have many theories about a fake true-crime series.

Parsec writer Gavia Baker-Whitelaw is fully on board and joins us this week to discuss what drew her in.

Also on the table: Ezra Koenig’s instantly meme-able anime series Neo Yokio. Is it bad-good or bad-bad? Either way, we brought a big Toblerone just for you.