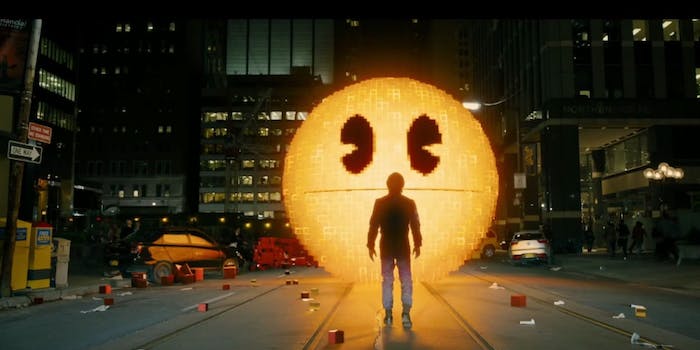 When Pac-Man starts eating the real world, we’re all in trouble.

Donkey Kong, Galaga, Pac-Man, and even Pong are out to destroy the world, and it’s up to Adam Sandler and Peter Dinklage to save us all.

The new trailer for Pixels gives us a glimpse of some of these beloved, classic arcade characters from the 1980s, all of whom are doing horrible things to the human race. Aliens are responsible for the killer video game characters who attack Earth in reaction to a NASA time capsule that was supposed to be a message of peace.

Pixels is slated for a summer 2015 release.