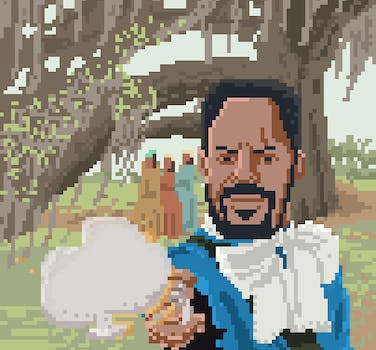 These classic movie scenes look even better in pixel GIFs

The set has gotten more than a million views on Imgur since the weekend.

James Cameron, Ridley Scott, and Christopher Nolan are just as much filmmakers as they are technology mavens, using high-definition cameras and sophisticated editing tools to make big-budget films that blur the line between reality and fantasy.

Yet in a world where up and coming directors are trying to replicate their success, it’s simple things like pixel animations that can still make thousands of people stop and stare.

That’s what happened Sunday afternoon after Reddit user Mostan posted 13 movie-inspired GIFs on the social news site. The GIFs feature some of the best moments in movie history, including the scene from Ghostbusters when Bill Murray and the guys capture a green ghost at the Sedgewick Hotel.

The animations were originally created by artists Andy Helms, jonroru, and radstronimical. They have since collected more than a million views on Imgur.