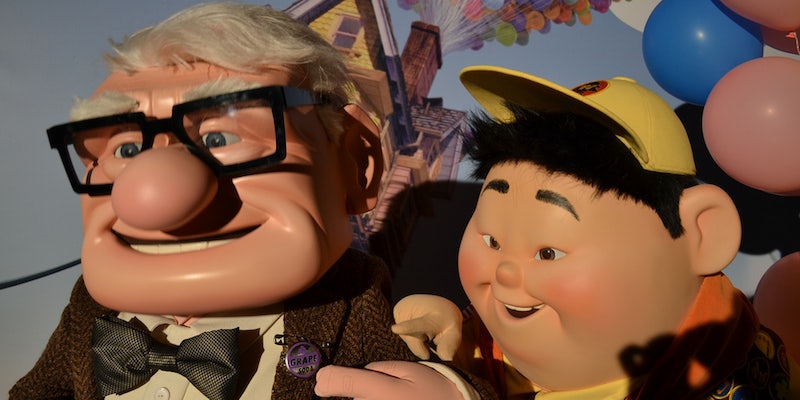 “Pixar Theory” connects all your favorite movies in 1 universe

Your mind is about to be blown.

Jon Negroni took a year of his life to connect the dots. If his brain were a character from a spy thriller, it would have photos, maps, and documents strewn across a wall connected by red string. His target? The Pixar Universe.

Negroni, a 22-year-old living in Virginia, posted his fully formed thesis to his WordPress blog yesterday, explaining just how every single Pixar movie takes place in one universe, throughout time and space. Since then, the idea has been going viral, prompting awe and debate among Pixar fans. In an interview with the Daily Dot, Negroni said he got the idea from commenting on a video on Cracked with similar themes but less depth than his theory.

“They laughed it off because the rest of the Pixar movies didn’t seem to fit,” he said. “I commented on the video with some of the general stuff you see in my article, and it actually became one of the top comments.”

From there, he fleshed the idea out with friends over the next year.

“I started writing my ideas down and re-watching the movies over and over again,” he said. “Actually, some of the biggest revelations in the article are recent discoveries that prompted me to finalizing the theory in the first place.”

You can read the full Pixar theory here, and you should read it in its entirety because it’s fascinating. Negroni has thought of anything you could question, and answers it fully.

Basically, Negroni argues that the timelines for the films are not what they seem. The first in the timeline is Brave and the last, which actually takes place in a dystopian future, is A Bug’s Life. In between, animals are growing more and more human, and humans are disappearing from Earth.

There are two progressions: the progression of the animals and the progression of artificial intelligence. The events of the following movies set up a power struggle between humans, animals, and machines. The stage for all-out war in regards to animals is set by Ratatouille, Finding Nemo, and Up, in that order. Notice I left out A Bug’s Life, but I’ll explain why later.

Oh, and he does. And it is crazy-go-nuts. The hardest part of his theory, he said in an interview, was rationalizing the world of Monsters, Inc.

“I couldn’t rationalize where these monsters really fit in, since the idea of ‘other dimensions’ wasn’t something we’d seen in other Pixar movies,” he said. “I only recently figured out that they are mutated animals travelling back in time.”

Is your mind blown?

So far, he says he hasn’t been contacted by anyone at Pixar, though a few commenters have said they would bring it up with animator friends, or Pixar director and screenwriter Jon Lasseter.

“I don’t really expect to contacted,” Negroni said, “but that would be something.”