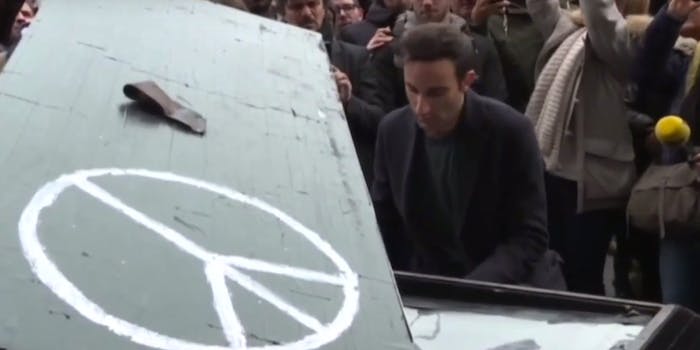 It's not the first time Paris has embraced the song.

A series of attacks in Paris, including one inside the Bataclan concert hall, left at least 128 people dead on Friday evening, and in the hours since, many have struggled with how to cope.

Outside the Bataclan on Saturday morning, people left flowers and tributes to those who lost their lives, and bystanders were treated to an impromptu performance of John Lennon’s “Imagine.” The unnamed musician—who arrived pulling his piano behind a bike—began playing the song just feet away from the venue, as a crowd gathered around him.

After the Charlie Hebdo attacks in January, a crowd also embraced “Imagine” and sung along at a rally the weekend after.