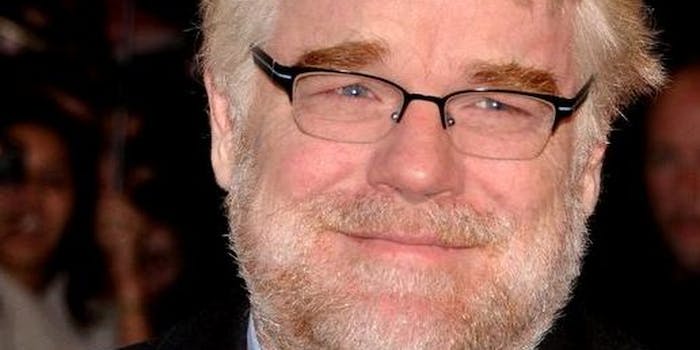 The New York Post reports an apparent overdose, but the New York Police Department and the medical examiner’s office have not yet announced a cause of death.

TMZ reported in May that Hoffman had spent 10 days in rehab, struggling with prescription pills and heroin.

Hoffman is known for his roles in Boogie Nights (1997) and Magnolia (1999). He won an Academy Award for Best Actor for the 2005 film Capote. More recently, Hoffman appeared in the Hunger Games franchise, and was in the the middle of filming for the series’ conclusion, Mockingjay, Part 2.

UPDATE:  “The actor was found in the bathroom of his fourth floor apartment in the Pickwick House around 11:15 a.m. by a screenwriter, who called 911,” the WSJ reports.

“Law enforcement official: Actor [was] found in the bathroom of 4th floor apartment with a needle in his arm,” tweeted Wall Street Journal reporter Pervaiz Shallwani.

“We are devastated by the loss of our beloved Phil and appreciate the outpouring of love and support we have received from everyone. This is a tragic and sudden loss and we ask that you respect our privacy during this time of grieving. Please keep Phil in your thoughts and prayers.”