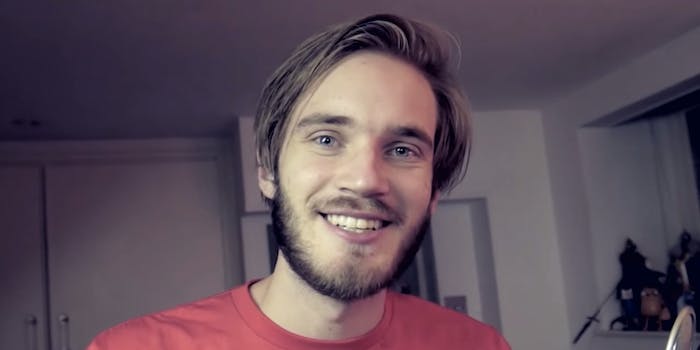 Even the biggest creator on YouTube isn’t immune to a core rule of the platform.

Even the biggest creator on YouTube isn’t immune to a core rule of the platform.

Gaming superstar PewDiePie, who goes by the birth name Felix Kjellberg, has more than 32 million subscribers on YouTube. So you can say he has the video site figured out, which was why it was a little surprising when, two months ago, he decided to turn off comments on his YouTube videos.

As any YouTube manual would tell you, comments are a core part of how creators engage with their audience, and use that relationship to build consistent viewership and attract new subscribers.

Kjellberg’s reasoning for turning them off made sense, though. He claimed that his “bros weren’t really there,” replaced by trolls, spam accounts, and self-promotional people who weren’t interested in truly interacting with the star.

Instead of commenting on his videos, Kjellberg encouraged his fans to find him on other social platforms. “By turning off the comments and making people have to reach out to me in a different way, it cuts out that fat,” he said in a recent interview with fellow YouTube stars Rhett & Link. “All of a sudden, I got comments from people that took the extra effort to write something thoughtful and meaningful.”

Since then, Kjellberg has tried to re-route conversations to a forum on his website. Overall, the decision has made him “happier,” he said in a recent video post.