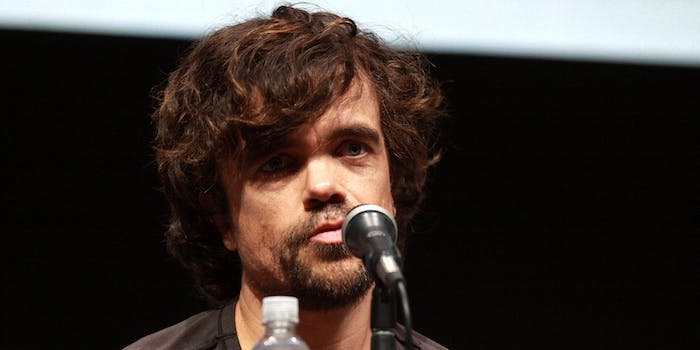 Peter Dinklage sums up ‘Game of Thrones’ in 45 seconds

It's a seemingly impossible task, but someone’s gotta do it.

The intertwining storylines of Game of Thrones are a lot for a newbie to take in, but this primer should help you get started.

MTV sent someone who’s never seen Game of Thrones to interview Peter Dinklage, and he gave the actor a seemingly impossible task to sum up the show’s four seasons (so far) in under a minute. Even Dinklage seems a bit perplexed at the idea of summing up 37 hours of television, but he gives it a go anyway.

If that wouldn’t want to make you start watching, I don’t know what will.