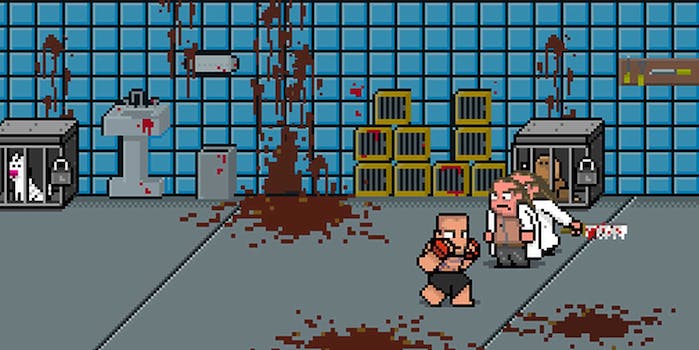 Violence solves all the world's problems.

People for the Ethical Treatment of Animals wants to help you release your pent up animal rage. In the group’s new online video game, you play a mixed martial arts fighter running rampant through animal-testing facilities, beating up comically evil researchers and smashing open cages to release fuzzy animals.

“See if you have the moves to foil a secret underground animal testing ring,” the game promises.

Real-life MMA stars and apparent PETA supporters Jake Shields, Aaron Simpson, and Georgi Karakhanyan lent their likenesses to the game. And, honestly, it’s not terrible. It’s kind of an homage to old NES beat-em-ups, like Double Dragon. You can play it below.

If you’re wondering what a cheap one-off online game has to do with meaningfully protecting the rights of animals, you’re not alone. Like a lot of what PETA does, the game’s a piece of PR grandstanding.