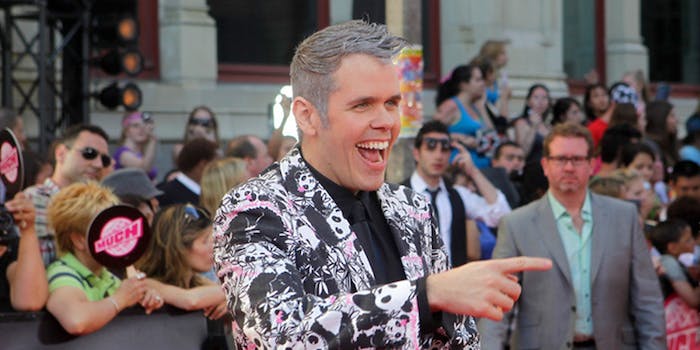 The celebrity blogger is backtracking after a change of heart.

Celebrity blogger Perez Hilton has backtracked and apologized for posting the nude photos leaked by 4chan of Jennifer Lawrence, Victoria Justice, and other celebrities on his site.

Over the weekend, someone on 4chan posted dozens of photos on the site’s /b/ imageboard, part of an alleged iCloud hack. Many news sites reporting on the hacks chose not to post the photos online or link to them. Ariana Grande and Justice both claimed that pictures of them were fake while Lawrence’s rep confirmed the authenticity of the pictures to BuzzFeed, calling the leaks “a flagrant violation of privacy” and said that authorities would prosecute anyone who posted the photos.

Mary E. Winstead also confirmed that her photos were real and was forced to take a break online after the backlash against her became too much.

Hilton first posted uncensored photos on his site and then changed his mind about that, choosing to reupload censored versions of photos.

“This hacking story is too big to ignore, though,” he said in a deleted tweet. “The post will remain up and photos in censored version.”

A previous tweet, which has since been deleted, went around as people called out Hilton for posting the photos in the first place and accused him of bullying celebrities.

“@PerezHilton: #JenniferLawrence phone was hacked her #nude pics leaked Check them out in all their gloriousness” Glad you stopped bullying

Perez Hilton is the worst vol. 78600 RT @KarinCarthy: In response to posting all the nude photos. Bloody idiot. pic.twitter.com/fPfZ0Lwa3x

Hilton later had a change of heart, but quickly denied he had been contacted by anyone representing Lawrence or Justice, claiming that he put the article up in haste without thinking.

No, I haven’t been forced to do so or been contacted by their reps, but I am removing those uncensored photos of JLaw and Victoria Justice.

I acted in haste just to get the post up and didn’t really think things through. I’m sorry.

At work we often have to make quick decisions. I made a really bad one today and then made it worse. I feel awful and am truly sorry.

Upon further reflection and just sitting with my actions, I don’t feel comfortable even keeping the censored photos up. I am removing them.

Hilton’s original post has been deleted (although the head image to the page still remains on the site) with a short article listing the celebrities whose photos were leaked going up in its place.

The U.K. publication Uni Lad also posted pictures of the leaked photos, but it has since removed the post and any subsequent tweets or Facebook posts promoting the article.