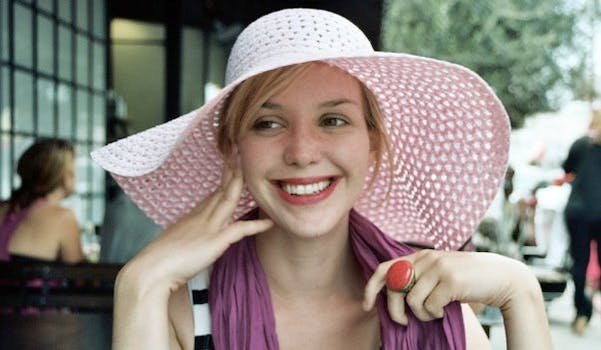 History in the pink

First there was Perez Hilton. Now there's Perez Hamilton. Both are stylish. One will give you a good dose of history.

With more than 20 million Tumblr blogs churning millions of posts a day, it’s no surprise to see plenty of unoriginal content.

But like Christopher Columbus and the New World, one new Tumblr blog has ventured into uncharted territory for the sake of comedy and history.

The blog is called Perez Hamilton.

It’s the brainchild of Kristen McClurken, a West Coast gal who produces and manages content for ABC.com. Like its name suggests, the blog has the look, feel, and feistiness of gossip blog Perez Hilton but instead covers historical figures and events.

“The plan is to blog about gossip surrounding important people and events starting with the discovery of America,” McClurken told the Daily Dot in an email interview. “The blog will get a lot more gossipy once America really gets going.”

Since Nov. 23, McClurken’s blog posts have collected more than 50 likes, notes, and reblogs and is slowly on its way to becoming a Tumblr hit.

Daily Dot: Of all the successful blogs out there to emulate, why Perez Hilton? Are you a fan of his site?

Kristen McClurken:  The story behind the name Perez Hamilton is pretty straightforward. Just like Perez Hilton, I chose a prominent public figure and used their surname. Of course Hamilton wasn’t even born yet, but who’s counting? [I’m] a love/hate fan, like so many of his readers.

DD:  Where do you draw your historical facts from (books, websites?) Are you a history buff?

KM: Wikipedia is my best friend.

DD: How long did it take to make Perez Hamilton (the site itself)?

KM: My boyfriend, Andy Bauch, happens to be a software developer. He spun up our copycat site design in a few hours.  My designer friend, Emily Molloy, created the header image.

DD: What attracted you to Tumblr as the place to host your blog?

KM: Initially we thought about launching our blog as a WordPress, but Tumblr has an amazing community that we thought we might mesh with.  Plus in the unlikely event the site really blows up we’re confident that Tumblr can handle the traffic, as opposed to some entry level BlueHost account.

DD: Like Perez Hilton, you have knocked out quite a few posts in less than a week. Do you have a team of writers working with you?

KM: It’s just me and my boyfriend. I do the research, write the posts, modify the photos and then he edits all of my content. I’m hoping to average at least two to three posts per day, but it’s definitely been a challenge keeping up with a full-time job.

DD: Do you have an historical end point to the blog or will you keep on going straight through the 21st century?

KM: There’s no end point in mind. Who knows, maybe the site could even bypass the present day and rocket into the future.