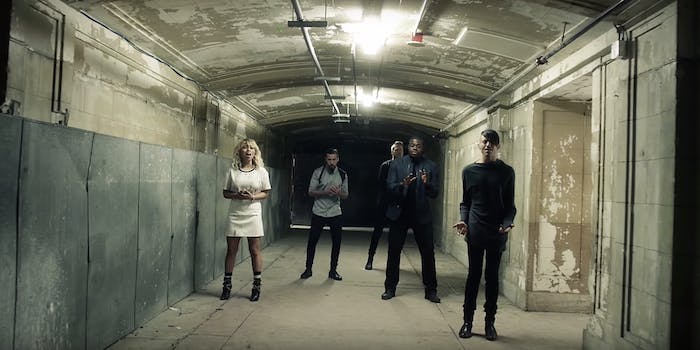 Pentatonix gives ‘Where Are Ü Now’ a little soul

No splash of color needed here.

After releasing an original song off their upcoming album, Pentatonix is returning to soulful and creative a cappella covers in a big way with their latest.

Jack Ü’s “Where Are Ü Now” is already a hit on its own, but add in Pentatonix’s vocal harmony and expert beatboxing and they easily transform a club-friendly hit into something more mellow and soulful.

Pentatonix skips the technicolor makeover of the original video, instead going for more subdued hues. But with their voices transforming the place on their own, they don’t even need it.