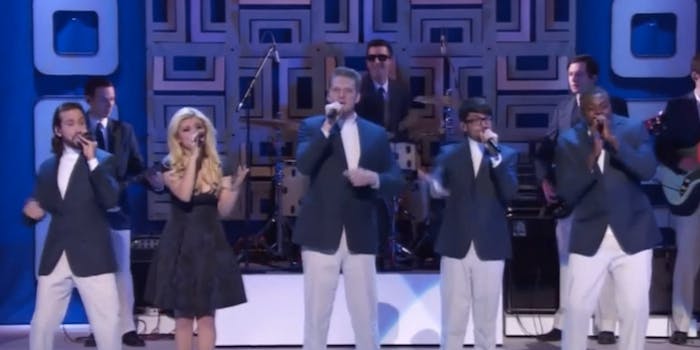 Tom Hanks gets an a cappella tribute from YouTube superstars

During the event, which honors lifetime achievement in the arts, a cappella superstars Pentatonix paid tribute to the film star with a special performance of “That Thing You Do” from Hanks’ iconic boyband film of the same name. Hanks definitely seemed to appreciate the gesture, smiling all the way through and waving and pointing at the gang when they finished.

We know at least one member of the family was a Pentatonix fan before the performance, though. When they start singing, Hanks’ wife Rita mouths, “look, it’s that a cappella group.” Someone’s been watching The Sing-Off.