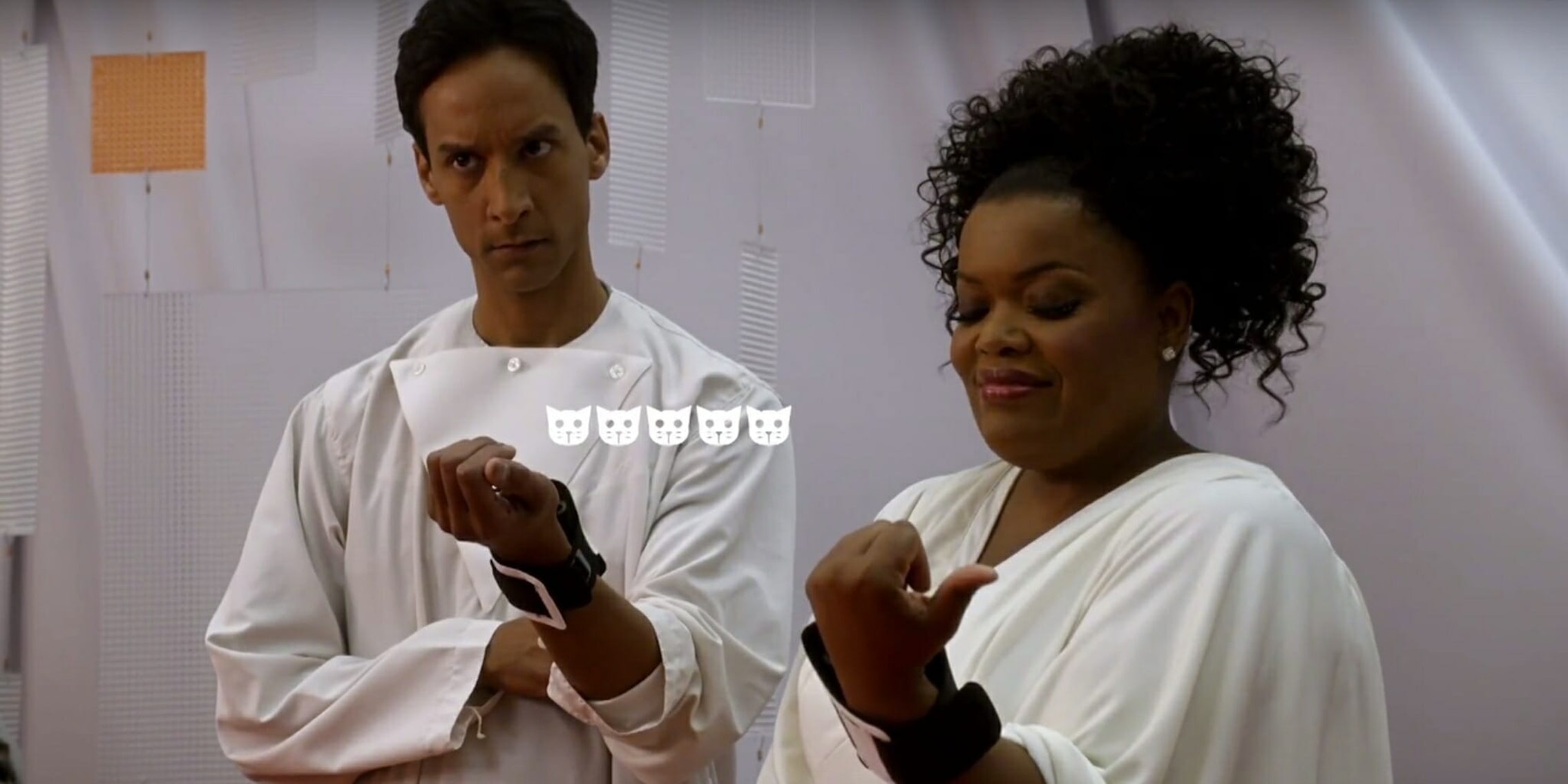 Next month, Julia Cordray and Nicole McCullough are launching Peeple, an app that lets you rate people in your life like you would a business on Yelp.

But they’re far from the first.

The app’s creators have been fielding backlash for weeks, but it came to a head after Cordray’s interview with the Washington Post went live on Wednesday. The report highlighted some of Peeple’s potential downsides, like how you can be added to the app without your permission and can’t opt out, the bias and cruelty that can come from people you know, and potential harassment, along with the problem of assigning people a number.

As word of Peeple grew, more people became upset and sent negative feedback straight to the founders across social media.

While they quickly pointed out what they believed were inaccuracies, they eventually backtracked on at least some of the proposed policies. (Although a report from Snopes gives doubt that Peeple will actually be developed.)

Comparisons to similar apps that allow users to rate other people, such as Lulu, Facebook’s Honestly, Facefeed, Frank, and Hot or Not—apps that also faced negative feedback before falling into obscurity—were inevitable. But you don’t need to look at a bunch of startups, some which are unknown to folks outside of media and the tech industry, to see that something like Peeple is just a disaster waiting to happen. Just look at what we’ve already created in fiction.

Did these fictional apps predict Peeple? Or did Peeple help create the fiction? It’s hard to tell because, after all, content is a flat circle.

Before NBC canceled Community in 2014, it took on the mediocrity of tech culture and our obsession with what other people say about us on social media with the season 5 episode “App Developments and Condiments,” which saw Greendale become the beta testers for an app called MeowMeowBeenz. You give fellow users anywhere from one to five MeowMeowBeenz.

As is the case in Greendale, MeowMeowBeenz quickly turns the college into a dystopian society, with the app being the only source of validation and determining the hierarchy. And it only takes Jeff Winger, who initially doesn’t care about the app, to game the system and start a revolution along with the lower-ranked members of Greendale, bringing the whole system down.

And then some Community fans brought it full circle and made it a real app, although the real version is a lot less harmful.

A season 10 episode of It’s Always Sunny in Philadelphia introduces us to Buncher, the show’s version of Tinder, which allows you to rate people after you’ve slept with them. While Dee loves using it just so she can give men a one-star rating, her twin brother Dennis uses it so he can get high ratings.

Obviously that doesn’t work out so well.

And at least one of the show’s stars has acknowledged the similarities.

Yup, we predicted this would happen. http://t.co/qxM2qbiN0t

3) Amazon Women on the Moon

This 1987 comedy is a satire that touches on the whole idea of watching the low-budget movies that air late at night. One of the plots within the film involves Rosanna Arquette scanning Steve Guttenberg’s license and credit card through a fax machine-like contraption that will tell her the names of every woman he’s dated or slept with, and just how often he used certain pickup lines.

Now imagine if something like this happened with Tinder messages.

Ryan North’s Dinosaur Comics have been around since February 2003, featuring the same pictures with different dialogue each time. But in April 2015, the comics used apps that allow you to rate people as a punchline about the Tyrannosaurus Rex’s horse erotica. 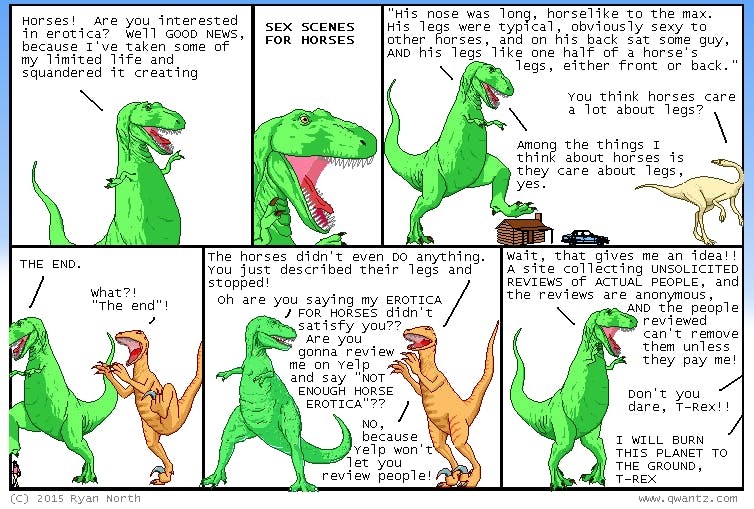 The 2010 novel from Gary Shteyngart takes place in the near future, introducing readers to a corporate dystopian society where everyone is obsessed with technology and oversharing, which could be a commentary on our own obsession with technology. There, everything from someone’s personality to sexual prowess can be rated with an äppäräts that everyone wears, which sorts by whether they’re high or low “Net Work” individuals.

Peeple is another horrifying example of how "Super Sad True Love Story" predicted the future. It doesn't end well. pic.twitter.com/yefJhxPd2H