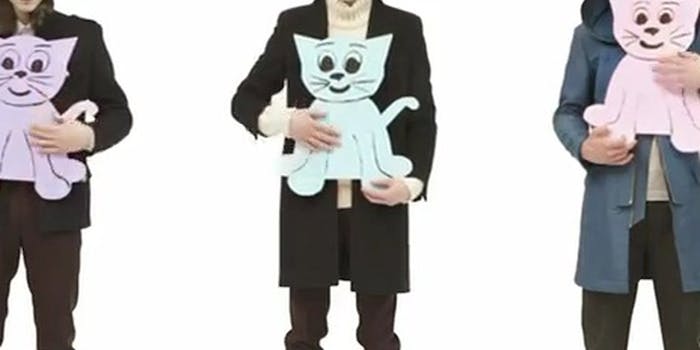 Watch the PBS documentary “Animated GIFs: The Birth of a Medium”

Are animated GIFs a form of art?

The documentary runs through various aspects of the history of GIFs, while the experts argue why the medium can and should be considered an art form.

“Humans really like repetition; we feel comfortable with it,” noted Price, in his attempt to explain our fascination with GIFs.

Kevin Burg said his GIF creator “allows the moment to live on” and that the “simplicity” of the moving images “feels very beautiful.”

Some of the GIFs featured include those done by Daily Dot favorite Mr. GIF.

YouTubers, however, haven’t taken too kindly to the mini documentary. (One could argue though, that such negative or irrelevant comments could be construed as an art form in and of themselves.)

“Lets call everything ART﻿!,” wrote Teapode, while pspkider wants the world to know “I LIKE CATS﻿ :3.”

“[I]s this a new episode of Portlandia?……where is Fred and Carrie﻿,” commented 3leggedllama.

“The following video is﻿ rated H for Hipsters,” concluded MrCalhoun in a top comment.