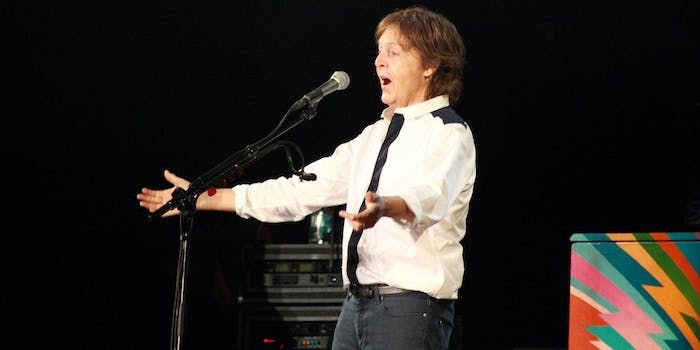 In all the decades that Paul McCartney‘s been performing, Tuesday night marks perhaps the first time he’s been upstaged by a 10-year-old.

McCartney made a stop in Buenos Aires to kick off a two-night stint in the Argentinian capital as part of his “One on One” tour. As has become customary at his shows, he brought up a lucky fan to share vocal duties with him on a song.

Leila came onstage with her mom, Mariana. Clutching a stuffed animal, the girl shocked McCartney by sidestepping his question for an autograph and instead asking to play bass with his band.

And girl can play, too.

Leila kept time on the pedal-heavy “Get Back,” stepping up to a microphone that McCartney had shortened to harmonize on the chorus.

The only place this girl needs to get back to is a stage.