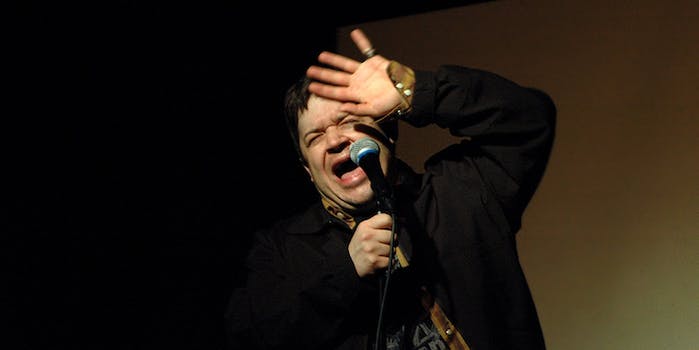 Once a bastion of international cinema and high art, TIFF seems to have turned into a media blitz of glamour and buzz—at least if tweets like “How much Hemsworth can one camera take?” and “Dakota Fanning just took my #” are any indication.

Amid this year’s TIFF highlights: Triumphant debuts for Steve McQueen’s 12 Years a Slave and Ron Howard’s Rush, and praise for Alfonso Cuaron’s space-thriller Gravity (everyone agreed Sandra Bullock looked amazing). But in between the actual film-going, there were also moments like these:

Those elusive celebrities–almost ran into James Franco-literally-as he was dodging screaming girls at #TIFF13 pic.twitter.com/L6bbeQuQXB

Meanwhile, amid all the celebrity-chasing, a few people complained that real film reviews were getting lost in the glitz:

What is with some of #TIFF13 media coverage? People are writing articles that read like personal diaries with zero insight/research. Ugh.

@corecorina because the most important thing for many TIFF folks is to brag about the parties they went to and minor celebrities they met.

Enter Patton Oswalt. Perhaps disenchanted with the current crop of film reviews for this year’s TIFF, he decided to get in on the madness with some one-line reviews of his own—for fake films that weren’t exactly about to climb the A-list:

In addition to taking down the glam pretenses of TIFF, Oswalt leveled a few potshots at his recent nemesis, Salon.com:

I HELP THE BLACKS (USA) A @Salon writer faces a crisis when he must actually speak to a person of color. Oscar for Eddie Deezen. #TIFF13

Many of Oswalt’s tweets mocked white journalists and filmmakers tackling issues of race. This is a popular line of comedy for Oswalt, but in the case of TIFF, it’s also a valid comment. For instance, this year, the Idris Elba-led biopic Mandela: Long Walk to Freedom, which is directed and scripted by middle-aged white British men, received a standing ovation at TIFF. Meanwhile, the festival’s many films originating from South Africa and other African diaspora countries have gone largely overlooked.

This wouldn’t be the first time Oswalt took to Twitter to have a little fun while mocking social mores. In August he amused and offended in equal amounts when he used Twitter’s 140 character limit to play on the prejudices of unsuspecting Twitter users who only read half of his two-part tweets on various social issues. On MetaFilter, Oswalt fans and skeptics briefly debated the merits of his using the Toronto festival as the scapegoat for his running commentary, before taking a closer look at the dazzling array of inane, non-film-related tweets coming from the tag and deciding that, on second thought, Oswalt should have free reign to poke all the fun he wanted.

Naturally, fans and followers joined in:

@pattonoswalt RETWEET! (USA) Using a racist Hashtag during a lightning storm sends Gus (Larry the Cable Guy) back to the Civil War. #TIFF13

The film festival runs through Sept. 15, and Oswalt’s followers seem to have taken up the fake film mantra for the duration. And if some of these sound like actual ill-advised Hollywood scripts—

—well, the less said, the better. At least in Toronto.