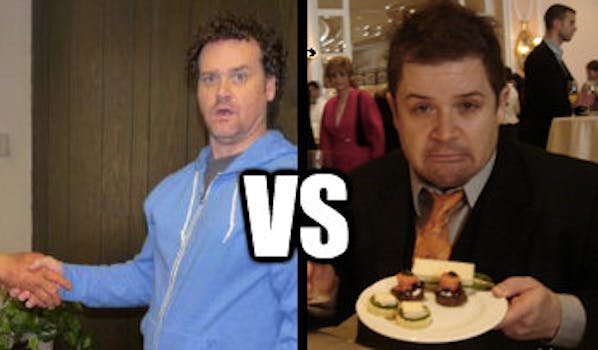 Though some users saw only bits and pieces of the two men’s spat, causing them to erroneously conclude they were really mad at each other, it was anything but: The two are clearly friends; Oswalt has guested on Walking the Room nine times. Instead, this was two comedians on their A-game, ringing in the new year with a master class in late-night insult comedy tweeting.

Photos via @pattonoswalt and @daveanthony/Twitter