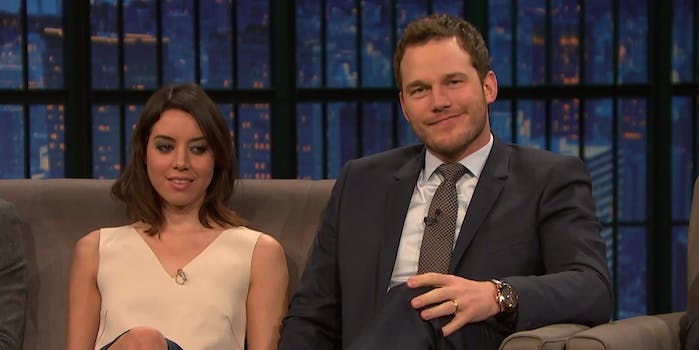 This is how Chris Pratt wanted ‘Parks and Recreation’ to end

We're guessing it wouldn't have gone over as well as it did.

By many accounts the Parks and Recreation series finale was perfect, but it could’ve turned out a lot differently had Chris Pratt had his way.

When it came to figuring out where each of the characters ended up, some of the cast members’ pitches didn’t make the cut. (For example, Retta wanted Donna to have sex with Joe Manganiello.) Pratt’s pitch for the episode, however, is both hilarious and morbid.

He could have gone for the easy laugh by mashing up Andy Dwyer with Guardians of the Galaxy or Jurassic World, but he instead went the way of another great series finale. It’s completely absurd and goes against the genuine tone of the show, but you can’t argue that it’s not something out of character.