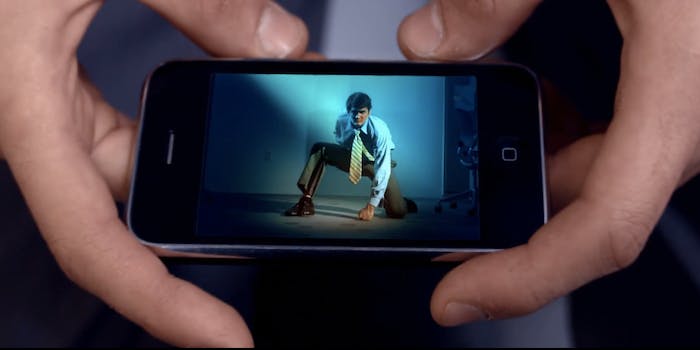 Stuntman turns office into a real-life game of Pac-Man

Avoid the ghosts at all costs!

Take one of YouTube‘s popular pastimes—parkour—combine it with beloved arcade game Pac-Man, and you’ve got a one-two punch of video gold.

Rustic B, an L.A.-based stuntman, imagines what it would look like if Pac-Man‘s ghostly bad guys got loose in an office building. Rustic gained some Internet notoriety for working as the stunt double for Smosh‘s Anthony Padilla, but in this video, the attention is squarely on Rustic’s shoulders.

In the end, it’s all just a case of someone getting a little too absorbed in their video games, but for the wall-flip alone it’s worth the watch.