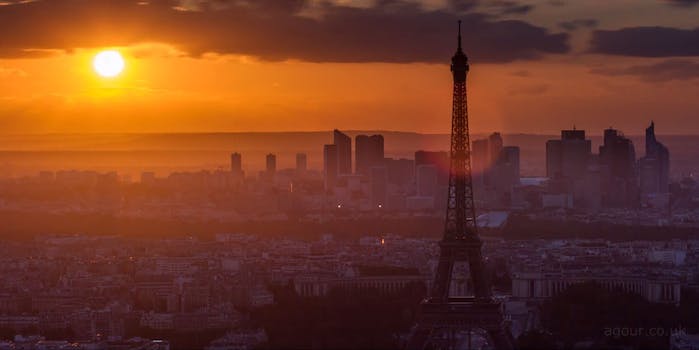 Now you can tour Paris in just 2 minutes

We'll always have Paris, thanks to this stunning time-lapse.

If you want to experience Paris, but don’t have the money for a flight and hotel, don’t despair: Vimeo user Paul Richardson has you covered.

In just over two minutes, Richardson manages to beautifully capture the essence of the world-class city. Through time-lapse photography set to Lights & Motion’s instrumental melody “Drift,” we can explore all of the city’s well-known landmarks (the Eiffel Tower, the Louvre, etc.) and also its role in the everyday life of its citizens.

According to the description, the video reflects three weeks of shooting and five weeks of editing.

Parisians should be proud of Richardson’s work. At least it is much more complimentary than videos showcasing other cities.