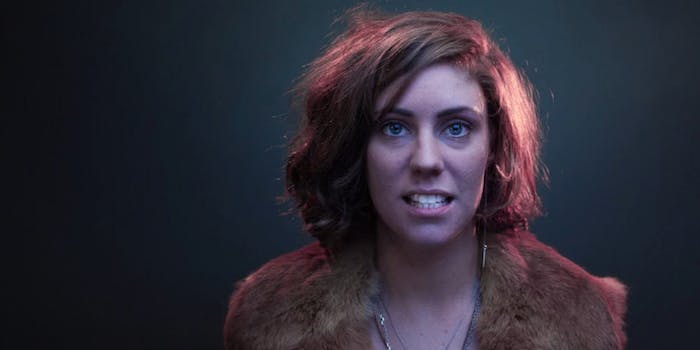 The Paper Kites’ new music video will get inside your head

This is the most ambitious and clever supercut we've seen all year.

Released last week, the music video for the Paper Kites’ “Young” begins like any other multi-person supercut clip, transfixing on a series of strangers before you start to see their faces come into focus.

It’s only at the half-minute mark that you see the Australian trio’s newest music video is more ambitious and clever than any other supercut you’ve seen this year.

That’s because, within the 350-plus faces and 4,000-plus photos the band and production company Oh Yeah Wow assembled, the individuals photographed are actually lip-synching the words to the song, a dreamy pop ode to youth and the eventual coming of age.

The pace of the rotating pictures picks up around two minutes, and eventually, it’s hard to tell whose hair belongs to which body. Women have beards. Redheads have blue eyes. One man’s glasses transfer over to another man’s body. The people in the photos start to sing harmonies with each other, and they all eventually become one.

It’s a trance-like happening in a trance-inducing song, one you won’t be able to shake from your conscious for hours.

Photo via The Paper Kites/Vimeo