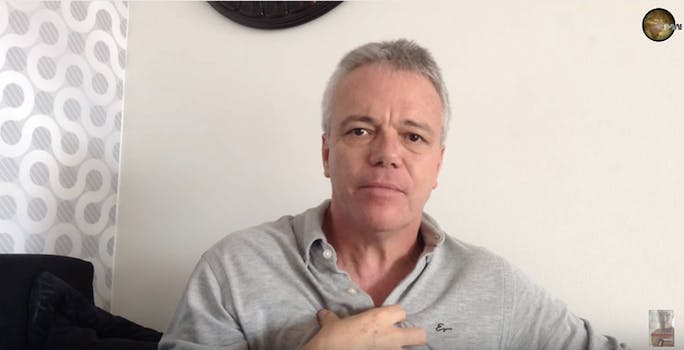 John Jairo Velásquez wants to warn youth away from crime through YouTube.

Velásquez, better known as “Popeye,” admitted to orchestrating thousands of murders under Pablo Escobar’s Colombian drug empire, and killing approximately 300 people himself. He was convicted of only one murder, the 1989 assassination of presidential candidate Luis Carlos Galán. After serving 22 years in jail he emerged and set his sights on connecting with young people through YouTube at the suggestion of a friend.

He took on the name Popeye Arrepentido, which translates to “Remorseful Popeye,” and in just a few months he amassed 112,000 subscribers. He says his goal it to dissuade young people from a life of crime, although he knows what attracts some to his channel is the outlaw past.

“There is a certain degree of morbid curiosity about the killings, especially from young people,” he told the Guardian of his digital fame. He claims to spend 14 hours a day answering questions about his life and crimes.

His most popular video is a rant to Diosdado Cabello, a former speaker of the Venezuela legislature. In another clip about Escobar, he prefaces his stories about the drug boss with:

“Before I start I want to make clear… Everything that Pablo Emilio Escobar Gaviria did was very bad. It’s something the country can’t ever repeat. That’s why it’s important that we talk about this: Like we say the society that doesn’t know its past is doomed to repeat it. It’s important that new generations don’t get fixated on the figure of Pablo Escobar and even less on mine. We should not be a model for anyone. We are bandits.”

With his growing fame, Velásquez hopes to earn a living from his channel. During his criminal career Velásquez was paid as much as $1 million for an assassination. YouTube life won’t be quite as lucrative yet, but it has other benefits.

“It would be clean money from honest work,” he told the Guardian.