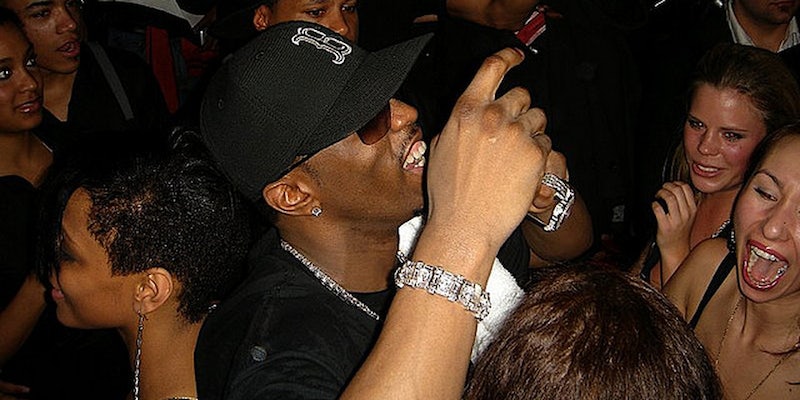 Diddy arrested on UCLA campus for alleged fight with kettlebell

Sal Alosi could have been killed, report says.

When you have a story as preposterous as the one that broke Monday evening, expect the Internet memes to be just as ridiculous.

On Monday, UCLA announced that Sean Combs—you might know him better as P. Diddy—had been arrested at the school’s Acosta Athletic Training Complex and charged with assault with a deadly weapon.

“I’m thankful that our staff showed the level of professionalism that they did in handling this situation,” UCLA coach Jim Mora said in a statement. “This is an unfortunate incident for all parties involved. While UCPD continues to review this matter, we will let the legal process run its course and refrain from further comment at this time.”

Our UCLA sources tell us Diddy confronted Strength and Conditioning Coach Sal Alosi while Alosi was on the phone. We’re told Diddy was told to “hang on” but he wasn’t having it and picked up a kettlebell and swung it, narrowly missing Alosi. One source said if Diddy had connected it could have killed Alosi.

Adding to the ridiculousness of this entire story is that Combs’ allegedly went after a man previously best known for this.

Alosi was fired by the Jets for tripping Dolphins cornerback Nolan Carroll. And then he went to UCLA, where he got to meet an even bigger celebrity face to face. And now, the memes.

Diddy swung on a coach for yelling at his son at practice. Diddy might want to take his kid out of sports if he doesn't want him yelled at.

The moral of the story is this: Still can’t nobody hold down Diddy — unless, of course,  it’s a UCLA police officer.