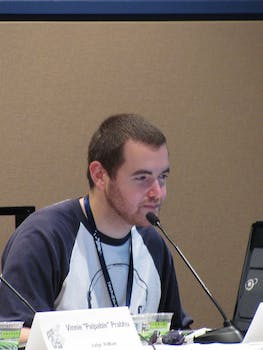 After being suspended by YouTube, OverClocked ReMix turns to Twitter to get back on the digital airwaves.

OverClocked ReMix, a non-profit organization “dedicated to the appreciation and promotion of video game music as an art form,” had its YouTube account suspended over the weekend.

Since the suspension, OverClocked ReMix has appealed to its community to help them get their channel back.

“We don’t spam, we don’t scam, and since we’re not selling music but giving it away for free, it’s pretty much impossible for us to be commercially deceptive,” OverClocked ReMix posted in its forum.

“Geez, this is really unsettling. Hopefully it was just a misunderstanding that can be cleared up. But with all the talk of internet censorship lately, the whole thing makes me very uncomfortable” responded Main Finger in the OverClocked ReMix thread.

Other community members were sure it was just a “minor mistake,” including  Larry “Liontamer” Oji, the community manager and submissions judge at OverClocked ReMix.

“We’ve never had any activity or videos flagged before now, so we know this takedown is just an unfortunate mistake,” wrote Oji to the Daily Dot.

“We’re disappointed by the situation simply because our community has never, ever been about spamming or profiteering,” continued Oji. “We’re all volunteers, and all of the work we’ve done since 1999 on OverClocked ReMix is to help promote the art of video game music, as well as the great musicians who create the OC ReMixes, which have always been distributed for free and with the artists’ permission.”

Since the suspension, OverClocked ReMix  has asked their fans to write to Google or tweet the following at YouTube: “PLEASE RT! ATTN @YouTube – @ocremix is a legitimate organization that doesn’t scam or spam, and I believe its YT account should be restored!”

So far the message has been retweeted hundreds of times.

One forum user named Fishy pointed out the irony of the tweeting campaign: “This is closer to spam then the channel ever was.”

As stated in its community guidelines, YouTube does not comment on individual videos or channels. Videos and channels are usually only suspended after they have been flagged by the community.