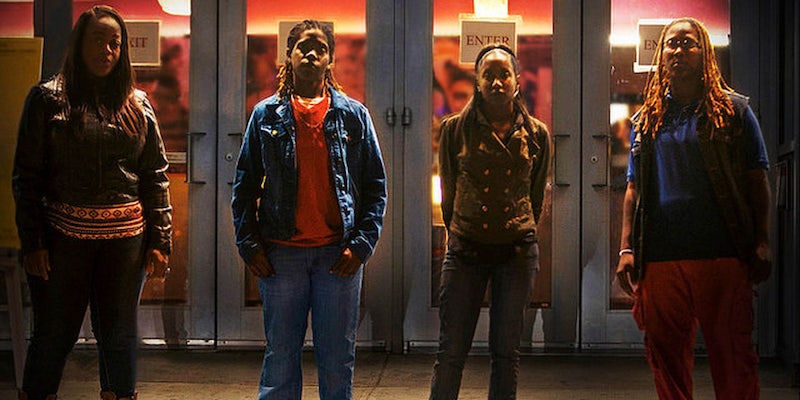 These four women fought back. Then they all went to prison. Their story premieres tonight.

The documentary Out In the Night has its broadcast premiere on PBS and LOGO Monday night. The film tells the story of the New Jersey Four, a group of young black lesbians who were essentially jailed for defending themselves during a homophobic attack.

In the summer of 2006, seven friends headed to the West Village to hang out in the New York City gayborhood. A man started sexually harassing femme Patreese Johnson, and when she responded that she was gay and uninterested, he attacked. Surveillance footage showed Dwayne Buckle following the group as they tried to walk away—calling them names and shouting “I’ll fuck you straight,” then spitting and throwing a lit cigarette at them. Buckle was seen in the footage pulling out one girl’s hair, then pinning another one to the ground and choking her. 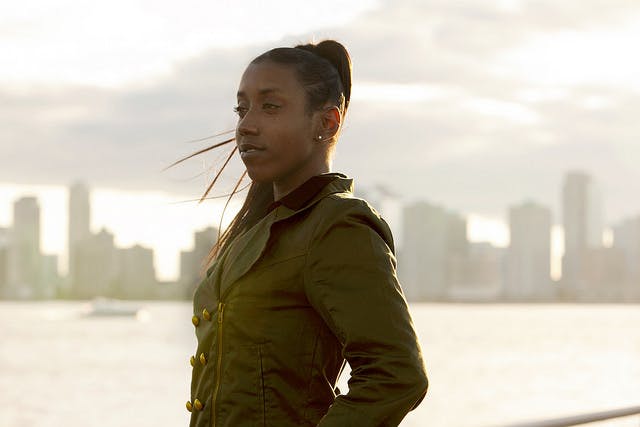 Johnson, terrified, pulled a steak knife out of her purse and slashed Buckle in the arm. Then two men ran over and started beating Buckle. When he later ended up in the hospital with stab wounds in his abdomen, he told police only that the men had attacked him.

But the story that ran in the lurid daily tabloid newspapers of New York City warned of an “Attack of the Killer Lesbians” and a “Lesbian Wolf Pack.” The girls had stalked the streets, the papers spun, looking for straight male prey to maim and murder.

Despite evidence showing exactly what took place, and not-guilty pleas of self-defense, Renata Hill, 24; Patreese Johnson, 19; Venice Brown, 18; and Terrain Dandridge, 19 all went to prison. All four received charges of gang assault and sentences of between three and eight years behind bars.

They were convicted by an all-white jury so terrified of the girls that one juror, according to the Daily Beast, sent his wife out of town for protection during the trial.

Media coverage of the attack was deplorably ignorant of the evidence and skewed in favor of Buckle. The New York Times ran the headline “Man Stabbed in Attack After Admiring a Stranger” and described Buckle’s behavior as a polite compliment followed by a gang of violent girls ambushing him.

The New York Daily News trial coverage was titled “Lesbian Wolf Pack Guilty: Jersey Girl Gang Gets Lockup in Beatdown” and quoted Buckle saying “this is what I get for being a nice guy.”

Today, Buckle is a relatively successful independent filmmaker. The four young women he sent to prison all have criminal records and, since being released, are slowly starting to rebuild lives—attending community college, raising children, getting jobs. But the one thing they still haven’t been able to do is be heard. 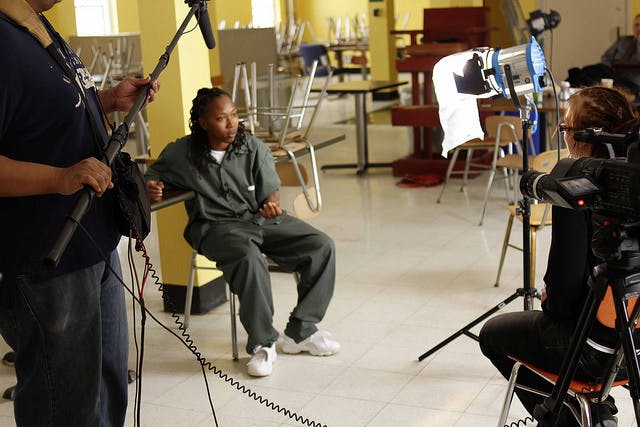 Renata Hill told the Daily Beast the four women participated in making the documentary “so everyone can hear our stories to override what the papers said—that’s something our kids will have access to in the near future. They never asked our side of the story and it’s not fair.”

The timing for a retelling of the New Jersey Four story couldn’t be better, with growing cultural awareness of racial profiling, street harassment, and LGBT discrimination.

“This case is not cut-and-dried; it is messy and complicated,” said filmmaker Blair Dorosh-Walthe in a press release, “As we move beyond marriage equality as the central LGBT issue, the women’s experiences reveal so many more that need to be addressed: feeling safe on the street. The right to defend yourself without fear of imprisonment. Addressing police brutality. And representations of spectrums of gender that aren’t neatly ‘male’ or ‘female.'”

Out In the Night premieres tonight at 10pm ETon both PBS and LOGO. The documentary will then be available to stream online from June 23-July 23.