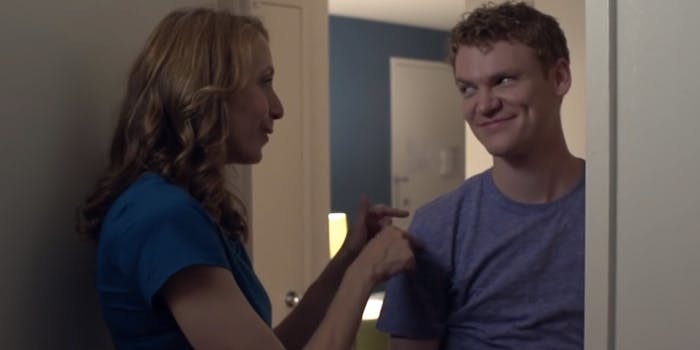 As much as your OTP may feel out of the blue, in the new webseries OTP: One True Pairing, the duo of unlikely friends seems even more far-fetched to the people in their lives.

The series debuts April 15, and features various Broadway alums including Jonathan Groff, Jennifer Cody, and Hunter Foster. The combination of Internet fan favorites and pinging on familiar fandom “feels” might just be the sweet spot OTP: One True Pairing needs to make it big.