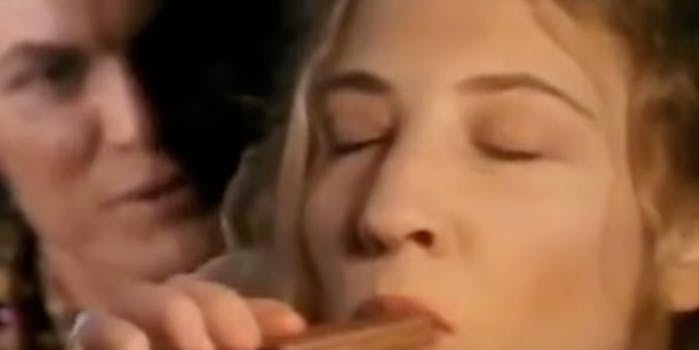 Yes, Cate Blanchett was in a commercial for a chocolate biscuit.

As the 2014 Oscars approach on Sunday, the Internet will be spending a lot of time dissecting the merits of the nominated films, the sad plight of an Oscar-less Leonardo DiCaprio, and the Academy’s history of oversights.

Need a bit of nostalgia to break up the deluge of thinkpieces? Flavorwire offered up a supercut of this new year’s best actor and actress nominees in their earliest roles.

Did you remember Jennifer Lawrence was on the Bill Engvall Show, or that Jonah Hill was in that awful movie Click? What about when Sandra Bullock was in Love Potion No. 9? Can they give retroactive Oscars? Because DiCaprio needs one for Critters 3.

If anything, this montage serves to highlight all the great films Bruce Dern has appeared in, and to alert the world to Cate Blanchett in a commercial for Tim Tam, an Australian chocolate biscuit.