The most-tweeted moments of the 2013 Oscars

During this year’s Academy Awards ceremony, fans sent 8.9 million tweets about the show. That’s 2.1 million for the red carpet and 6.8 million for the actual awards gala.

There were certain moments that caused a spike in activity during the evening. The largest peak in activity occurred when Ben Affleck’s Iran hostage crisis thriller, Argo, scooped Best Picture, with 85,300 tweets per minute (TPM). 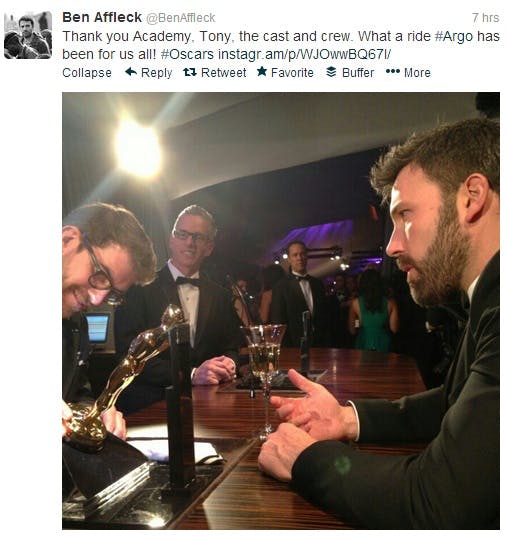 In second place was everyone’s favorite songstress, Adele, as she performed the eponymous theme of the James Bond flick Skyfall and garnered 82,300 TPM in the process.

Jennifer Lawrence also proved a big talking point as the Hunger Games and Silver Linings Playbook star scooped Best Actress. Her win (and fall as she walked to the stage) prompted 71,600 TPM. 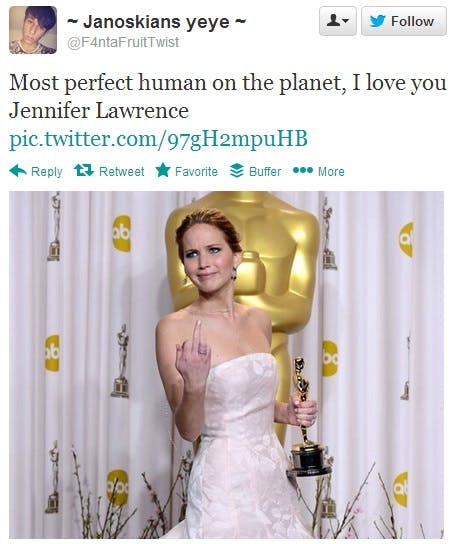 It was a strong night for the women of the Oscars on Twitter. Anne Hathaway also prompted healthy levels of discussion, to the tune of 60,400 TPM, when she won Best Actress in a Supporting Role.