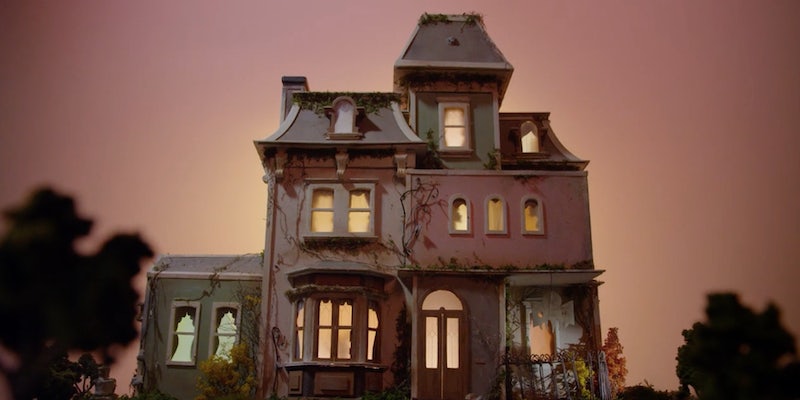 'We were inspired by all the things we loved as kids.'

When you check in to Oscar’s Hotel for Fantastical Creatures, a new series on Vimeo thanks to New From Digital, expect the unexpected.

The six-part series created by YouTuber PJ Liguori blends a playful aesthetic with strange, dark themes. The result is something, well, fantastical—and very reminiscent of whimsical-yet-seminal projects like Labyrinth.

“We were inspired by all the things we loved as kids,” said Liguori. “We tried to take those feelings and make them into something new that still felt nostalgic.”

The first episode, which deals with a demonic dance party, debuted on Vimeo this week. It’s available individually for $1.99, or fans can purchase a pass to the entire season for $9.99. In an ecosystem where most content is still free, Liguori said he’s only received positive feedback for branching out in the pay-per-view realm.

“I think the audience understands that with that payment comes a much higher level of quality content,” said Liguori.

Oscar’s Hotel for Fantastical Creatures is loaded with big-name YouTube stars, if you can recognize them in their elaborate creature costumes. There’s an octopus Mamrie Hart, Jake Roper as a demonic horse clown, and Steve Zaragoza as what appears to be an alien-like bug. Chris Kendall plays Oliver—Oscar’s decidedly-human nephew—who takes over the hotel in Oscar’s absence. Naturally, chaos ensues.

The series was produced as part a New Form Digital incubator, with Liguori’s short film selected to make the leap to six-part series. Expanding on the ideas of the short was a challenge, said Liguori, because they’d given themselves so many possibilities.

“The challenge was condensing it because there were so many ideas flying around,” he explained. “The format of the show lends itself to that because it’s almost a creature of the week.”

About those creatures—Liguori had the help of Jim Henson Creature Shop to make his dream a reality. He’s been a longtime fan, but said he felt like working with them was very natural.

“We meshed very well,” he said. “It was a collaboration. We said, ‘this is how we think the creator would move,’ and the Henson guys would say, ‘great, this is probably how you’d construct that.’ It would be a method maybe we didn’t know about.”

“I had a lot of fun, especially with the Repossession Fish,” said Kendall about acting alongside puppets who just happen to be voiced by legends Alfred Molina and Patrick Stewart. “I thought it was going to be weird, but it was actually really natural. I just had a blast with it, it was like a dream come true.”

With five more episodes to come, Oscar’s Hotel is open for business and excited to take fans along on its wild ride.