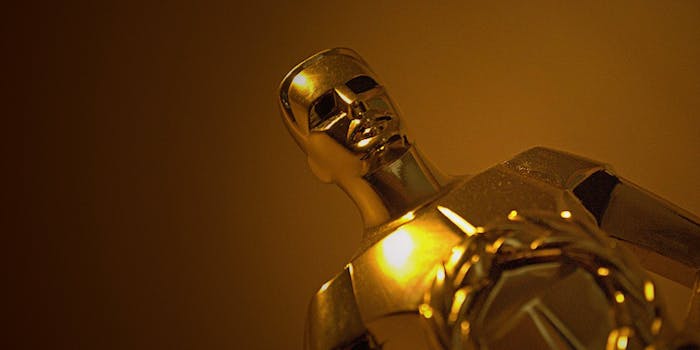 Whether the new diversity initiative will produce results is anyone's guess.

The Academy of Motion Picture Arts and Sciences is taking action to diversify the pool of Oscar voters after several days of controversy.

This year’s Oscar nominations were widely criticized for their lack of racial diversity, particularly in the acting categories, where every single nominee was white. Celebrities like Jada Pinkett Smith and Spike Lee vowed to boycott this year’s ceremony on the grounds that it excluded people of color, while host Chris Rock described the Oscars as the “the White BET Awards.” The hashtag #OscarsSoWhite went viral on Twitter for the second year in a row.

Many have highlighted the significance of the Academy’s membership, which is 94 percent white and 76 percent male, with a median age of 62. In a statement released late Monday night, Academy president Cheryl Boone Isaacs vowed to shake things up.

“In the coming days and weeks we will conduct a review of our membership recruitment in order to bring about much-needed diversity in our 2016 class and beyond,” wrote Isaacs, promising that the Academy would make an effort to recognize greater diversity of gender, race, ethnicity, and sexual orientation within its ranks.

Over the past few days, some commentators have defended the Academy against accusations of racism. One of the most common arguments is that perhaps Black filmmakers just didn’t make any good movies this year. Aside from being inaccurate—Straight Outta Compton, Creed, and Beasts of No Nation were all plausible choices in several major categories—this claim misunderstands how the Academy’s voting system works.

While we like to think of the Oscars as a pure meritocracy, members of the Academy can be as capricious and flawed as any other human being. People nominate within their own field, meaning that this year’s all-white slate of acting nominees can be traced back to the Academy’s predominantly white pool of actors. In the next stage, all 6,000-odd Academy members vote via ballot in every category, regardless of whether they have seen the movies in question or know anything about each field.

The fallibility of this system is illustrated to great effect in The Hollywood Reporter‘s “Brutally Honest Oscar Ballot” interviews, in which anonymous Oscar voters discuss their choices in each category.

Last year, this included a voter who selected Leviathan for Best Foreign Language Feature because of the “cool-looking carcass” on the posters—without actually having watched it or any of the other nominees. Another said that she didn’t watch 12 Years A Slave because she didn’t want “more terrible stuff to keep in my head,” and as a result she chose other films for 2014’s Best Picture.

In the Best Animated Movie category last year, one voter selected Big Hero 6 after describing two other nominees as irrelevant because they were “obscure freakin’ Chinese fuckin’ things that nobody ever freakin’ saw.” One of these films was Irish and the other was Japanese, and both received rave reviews from mainstream critics.

Reading these interviews, it’s easy to see where racial and gender-based prejudices come into play—along with more prosaic biases, such as disliking a particular director for personal reasons, or voting based on ill-informed whims. With that in mind, it’s obvious that fresh blood can only improve the Academy’s voting system.