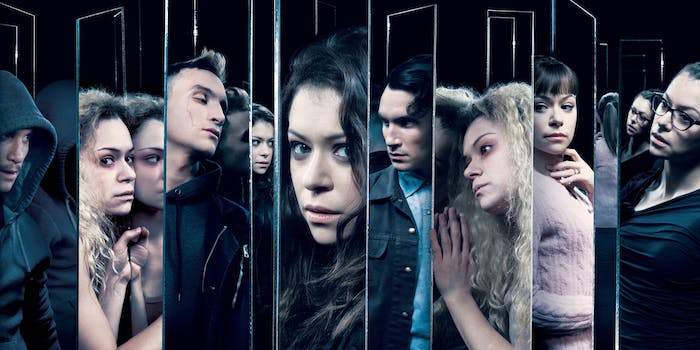 The first full trailer for ‘Orphan Black’ season 3 is here

They're not going to play nice.

If anyone thought that the Leda and Castor clones would just play nice on Orphan Black’s upcoming season, they’re surely mistaken by the looks of the show’s first full trailer.

With Helena kidnapped and placed into a box—which will end well for absolutely no one—the clones we know and love will struggle to get her back and keep it together as they try to piece together the mysteries before them. Of course, there’s also the looming threat of the male clones introduced last season, who are all military trained. There’s at least four of them (played by Ari Millen) to pair off against Tatiana Maslany’s clones, although aside from the tiniest of glimpses we’re still left wondering what happened to Rachel Duncan.

It’s gonna get messy, and if Helena has her way, there will also be plenty of bullets flying.