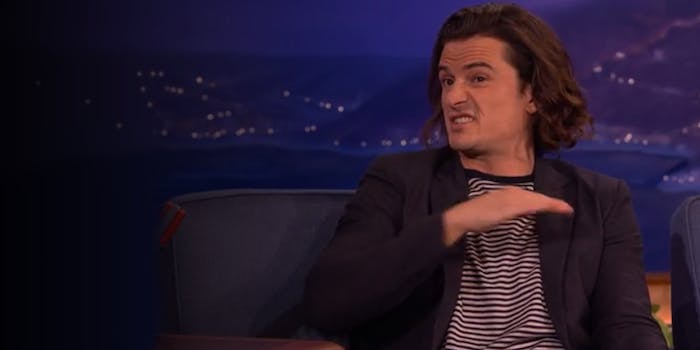 I'm not sure this counts as staying true to Tolkien's vision.

Middle Earth is famously—perhaps even infamously—free of sex. Whereas Game of Thrones is an almost non-stop homage to the carnal desires, the characters in Tolkein’s fantasy epic Lord of the Rings and The Hobbit are chaste and virginal to the point of piety.

Turns out Orlando Bloom doesn’t like this one bit.

Appearing on Conan to promote the release of the final instalment of The Hobbit, the Hollywood actor had some ideas for a potential sequel. Playing Legolas, he suggested it focus more on the elves, and have a vibe that’s a little more… tantric.

I guess Bloom’s never heard of The Knobbit.