Heading into its fifth season this next summer, Orange Is the New Black is one of Netflix’s most-streamed programs and pretty much neck-in-neck with House of Cards for its flagship series.

With 16 Emmy nominations and four wins so far, OITNB is still a powerhouse, and it’s already renewed through season 7.

Orange Is the New Black will debut its fifth season on June 9, Netflix announced in a teaser video posted online Feb. 8. The teaser takes us right back where we left off at the end of season 4’s cliffhanger, showcasing the prisoners in varying states of shock and anger. The final, lingering shot is a familiar one to fans.

After the tragic events of season 4, one person who obviously won’t be returning—at least not outside of possible flashbacks—is Samira Wiley. (She’ll be hopping ship to the competition, appearing in Hulu’s much-anticipated The Handmaid’s Tale.) Creator Jenji Kohan will remain on board at least through the confirmed fifth, sixth, and seventh seasons.

OITNB is all about its amazing, diverse cast, and the good news is, most of them look to be returning. Taylor Schilling (Piper), Laura Prepon (Alex), Michael Harney (Sam), Kate Mulgrew (Red), and Uzo Aduba (Crazy Eyes) should all be back. 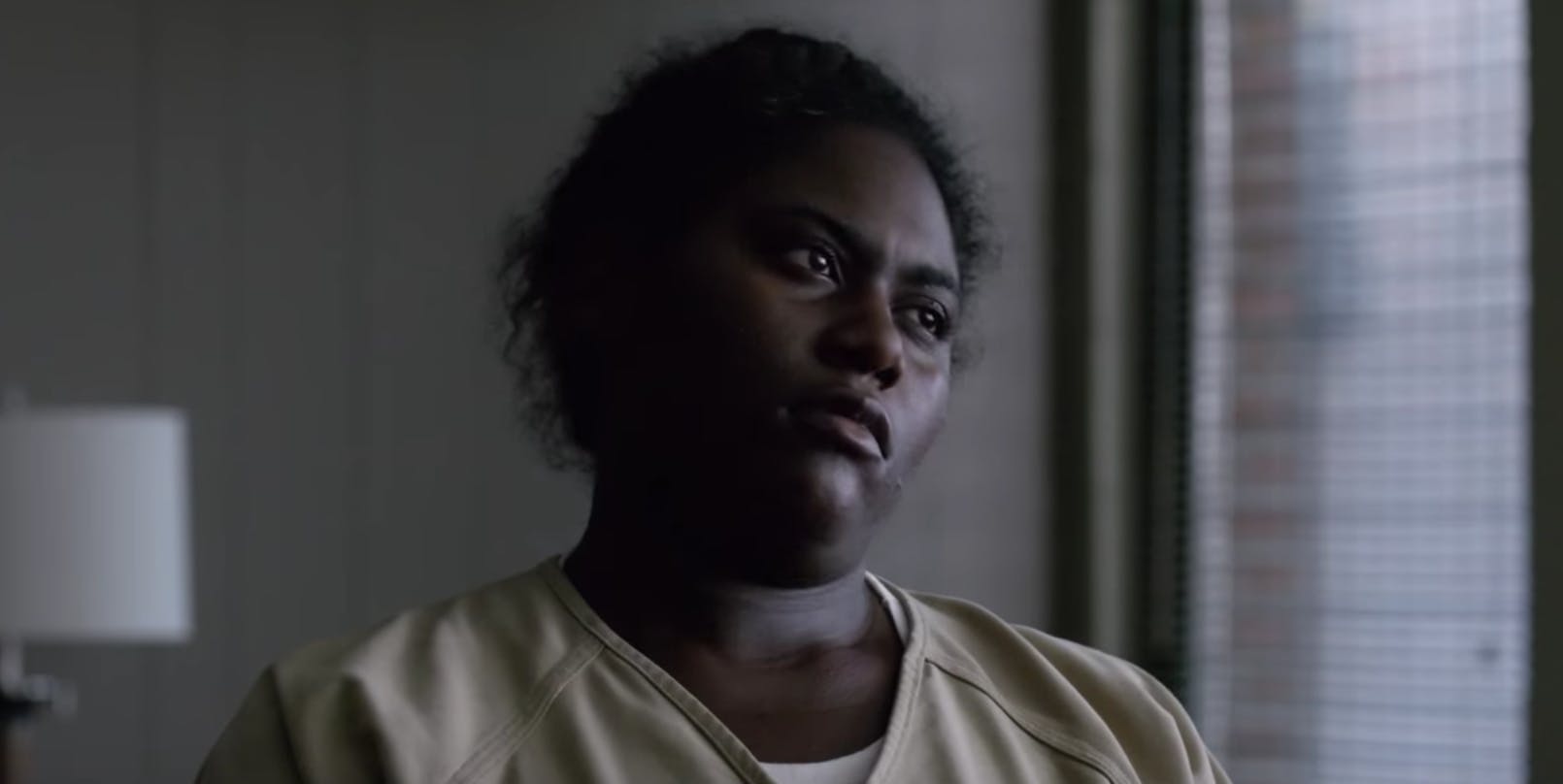 Taystee in ‘Orange Is the New Black’

The Netflix blurb accompanying the first season 5 teaser says simply, “Things will never be the same,” and that definitely looks to be the case. The death of Poussey will cast a long shadow over season 5, even once the rioting has stopped.

We also know that season 5 will take place during the span of just a three-day period.

On Feb. 15, Cox told People that season 5 will be “really juicy and really amazing.”

She continued: “If you’re a fan, and I’m a fan of the show even as a person who is on it, when I got the script I felt like I was tearing into it. When actually, it was on my iPad [and I was] scrolling down like, ‘What happens?’ because it was a cliffhanger at the end of season 4.”

The biggest immediate question is whether Daya will pull the trigger on the correctional officer directly responsible. Season 5 is shaping up to be the most timely and political yet, directly addressing questions of police brutality and excessive force, as well as the sometimes deadly results of our privatized prison system. Whatever happens, it’s going to happen quickly. Actress Danielle Brooks said on the SAG Awards red carpet that all 13 episodes of season 5 will cover a span of only three days.

Dayanara Diaz in ‘Orange Is the New Black’ season 5

There’s a gun in play and a cop on the business end of it, so there’s really no telling who will come out of this alive. How viciously will the riot be squelched? Who will take the blame for the mess? Will Litchfield even remain open?

Regardless, season 6 could shape up to be very different from what came before, all depending on what happens during those three days of story time.

Chances are it won’t end well.

Our first look at season 5 came on April 11 with a haunting first look. One of our heroes is faced with a choice that will shape the rest of the series. The showrunners have clearly mastered the art of the cliffhanger, following the harrowing endings of the last few season finales. This looks to be the most intense yet:

Netflix released a full trailer on May 9, making it clear the inmates are ready to team up and fight back.