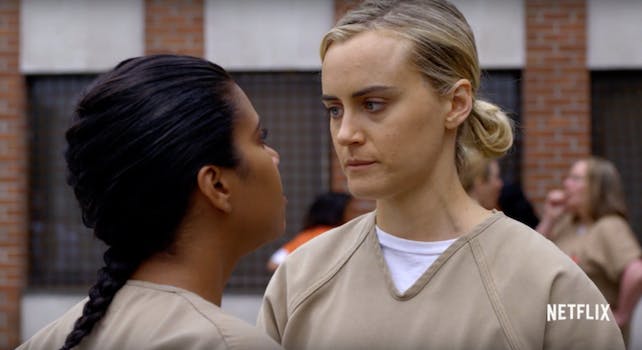 The new season premieres on June 17.

The countdown to season 4 of Orange Is the New Black has begun. With the show’s return just a month away, Netflix is whetting our appetites with a new trailer.

It looks like a lot is still the same: Piper’s pissing off the other inmates, Taystee is as hilarious as ever, and Caputo continues to scream orders. But of course, there’s also a lot of new shit going down at Litchfield, with the prison turning for-profit after the events of season 3.

What does a slew of new inmates mean for our beloved ladies? Well according to Aleida, “It’s sardine time, bitches!”

And with no sign of Alex in the trailer after that season 3 finale, we’re wondering what exactly went down with the former drug dealer. Guess we’ll just have to wait and see what’s in store for her—and for the prison.

The new season premieres on June 17.