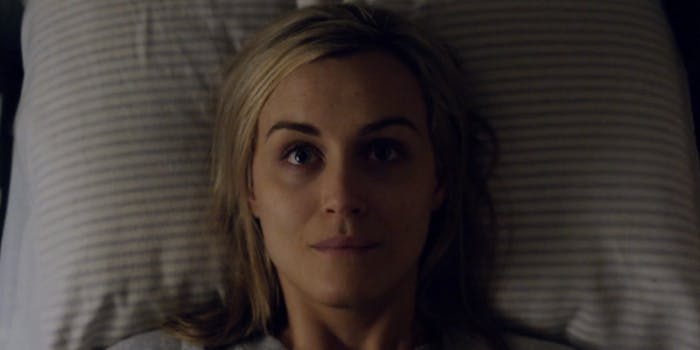 If you’re looking for some summer plans, Netflix just carved out at least a weekend’s worth of binge-watching time for you: A trailer for season two of Orange Is the New Black was released today.

This season, we see a lot of the same faces from season one, as well as a new inmate, “Vee,” who seems to be an adversary of Red (Kate Mulgrew), and might have made Crazy Eyes (Uzo Aduba) her new acolyte. There’s also the promise that “it’s getting real” at Litchfield. This supplemental trailer featuring the cast attempting to describe the second season in three words features the word “deep” several times.