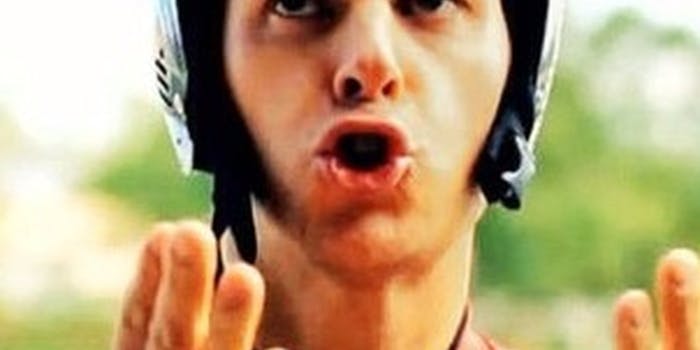 Kick back and watch a weekend of golf with commentary by these stars of the sport.

This weekend sees the biggest prize in golf on the line as the world’s finest drivers and putters take their caddies to the Open Championship.

Whether you’re at the Royal Lytham & St Annes club in Lancashire, England, or you’re sitting back at home and watching as dozens of players try to win the Claret Jug, you’ll surely be keen to know the thoughts of those on the course.

Guess what? Many of golf’s biggest stars are on Twitter. Some of them are painfully boring (hi, Tiger!), while others who aren’t even playing in this weekend’s tournament are well worth following.

Here’s a look at some of best golfers to follow to get the inside scoop on the Open.

We’ve said it before, and we’ll say it again: Ben Crane has an outstanding sense of humor. A series of YouTube videos turned him into an Internet darling during this year’s Masters event, and it seems Crane will be tweeting during the Open, having poked a little fun at U.S. Open champ Webb Simpson.

The 53rd-ranked player just missed out on qualifying (the top 50 make it in automatically) and was the first standby for the event. Though he’d have been playing if he’d been nearby, the 36-year-old thinks he might actually rise up the rankings by not competing. His plan for next year though? “Eat more haggis.”

“No fans or volunteers allowed at Congressional today bc of huge storm that knocked down trees/limbs. My 3 person gallery will be devastated”

Instead of practicing constantly between PGA events, Fowler enjoys his off time and recently tweeted a string of photos from the X Games. Along with fellow pros Crane, Bubba Watson, Hunter Mahan, he’s part of The Golf Boys, which released a charity music video last year. Don’t say golfers can’t be fun.

The 2010 Ryder Cup player is in the field at Royal Lytham, and looks like he’ll be tweeting over the weekend as he shoots for his first Major. Just before heading out for his first round, he simply tweeted, “#GOTIME.”

Certainly one of the most flamboyant players on tour, Poulter doesn’t hold back when giving his opinions. He’s already weighed in with commentary on some of the first round’s play, and told his followers exactly what to do if they don’t like what he has to say.

Poulter, ranked 27th in the world, finished in second at the Open four years ago, and will be hoping his outlandish attire can help him land his first Claret Jug.

“I’ve just decided it might be better to start practicing my swing in my waterproofs in the shower for the next week to get used to it.”

You’d be hard-pressed to find a golf fan who has a bad word to say about Clarke. The incredibly likable Northern Irishman waltzed off with the big prize in this dance last year. He’s a friendly presence on Twitter too, retweeting some of his rivals and answering followers’ questions.

However, he was “disgusted” with his first round this year, which left him 12 shots off the pace. Ever the nice guy, Clarke took the time to apologize to those who placed a bet on him.

“what’s the strangest thing you’ve been asked to autograph? That would be too rude to answer on twitter! ;)”

Another nice chap, and another Claret Jug winner. Cink broke many golf romantics’ hearts when he denied 59-year-old Tom Watson a fairytale sixth win at the 2009 Open. However, he picked up a legion of fans when he tweeted a cheeky photo of himself kissing the trophy. The 39-year-old suffered a Twitter hack attack last year, which resulted in him giving a classy apology to his followers.

He hasn’t tweeted since the start of the Open, though admitted he was looking forward to the challenge.

“Our cat has chlamydia. There goes the reputation.”