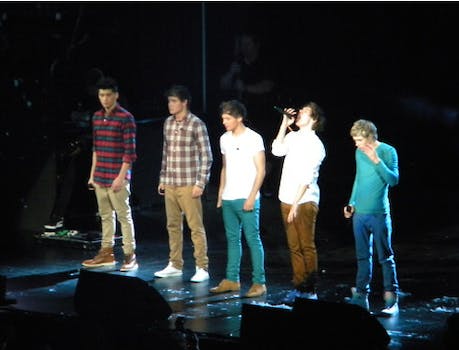 Teens rejoice! Boy band One Direction is on Tumblr

Or at least their managers are...

Let’s not all freak out at once, but boy band sensation One Direction is officially now on Tumblr.

Blogging under their self-titled Tumblr, the band is using it to document their United States summer tour. Since starting the blog last Thursday, the band’s managers have posted 18 times, with many of the posts being pictures of the group.

The pictures are candid shots of the guys rehearsing, track listings or photos of concert tickets for their tour. One of the most popular posts was from May 25 where the band revealed exclusive pictures from their first U.S. tour gig at the Mohegan Sun Casino.

If that doesn’t excite you, we don’t know what will.

But you know who is excited? Girls! One fan tweeted “OMG go follow!! :)” Another tweeted that she’s excited the Tumblr is no longer password protected: “omg i remember trying to crack the password on the one direction tumblr before.”

The British-Irish boy band formed in 2010 after placing third in the United Kingdom’s edition of The X Factor. They recently blew up in the U.S. with their chart-topping hit “What Makes You Beautiful.”

The band is also very popular on Facebook, where it’s amassed 6.3 million likes. They’ve also got 4 million followers on Twitter. Tumblr does not publicly breakout how many followers blogs have.

So, The Wanted, it’s your move.