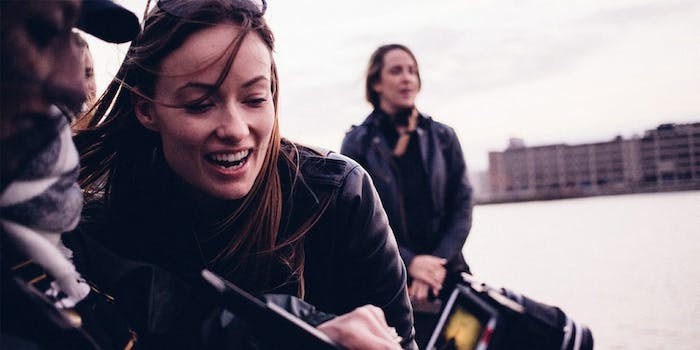 And it's pretty good!

The actress made her behind-the-camera debut for “No Love Like Yours” by Edward Sharpe & the Magnetic Zeroes, and the results are super beautiful. Especially when you consider that she made it with an iPhone 6s.

Mashable noted that lots of big names are experimenting with their phones’ powerful cameras after the success of the feature film Tangerine—which was shot entirely on an iPhone 5s—in 2015:

An entire episode of Modern Family was filmed on the iPhone 6 and iPad Air 2, while artists including Kanye West and LeAnn Rimes — not to mention brands such as New Balance and Bentley (twice) — have also taken the same approach.

If that’s not inspiration to go out and make something cool with your phone this weekend, we don’t know what is.