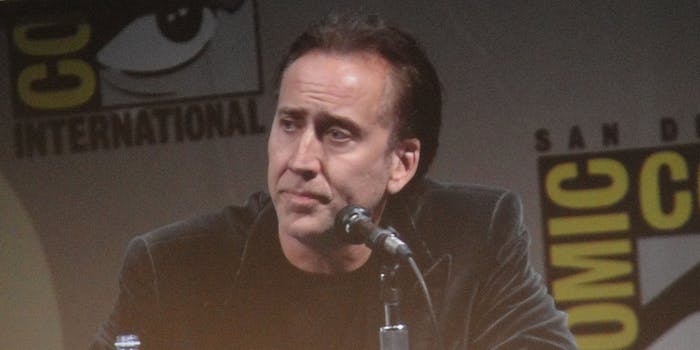 Stone's telling of the Snowden story just got a lot more entertaining.

There are no bad Nicolas Cage performances, only bad Nicolas Cage films. When fortune smiles upon us and puts Cage in a good film, it’s a very special occasion. Today brings word that we might be getting our wish once again in Oliver Stone’s upcoming adaptation of the Edward Snowden story, aptly titled Snowden.

According to News Diverse, Cage will be joining the film as “an ex-Intelligence Official of the U.S. government.” It seems likely the role will involve at least one perilous situation in which Cage will yell in a dire manner, and that instantly raises this project from “interesting” to “must-see.” People seem to be pleased with the casting announcement:

Nic Cage, one true god, to appear in Oliver Stone's #snowden? Praise rang. Without Snowden, how would the people know?

Although Cage’s last team-up with Stone was a tad wonky, the potential is certainly there for Snowden to become a classic installment in the pantheon of the Nic Cage adventures.