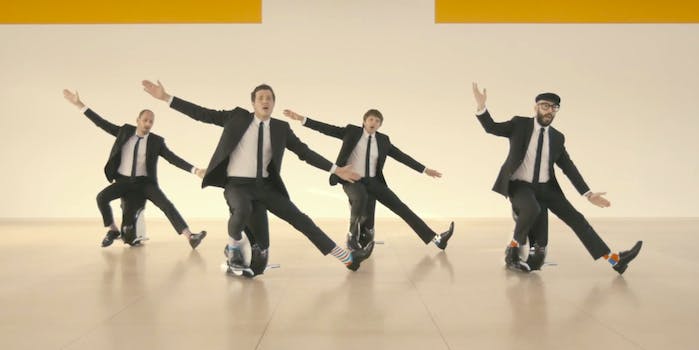 The band's set its sights on self-balancing unicycles now.

The kings of the viral music video are at it again.

With the release of OK Go’s newest music video for “I Won’t Let You Down,” the first single off the band’s latest album, Hungry Ghosts, the band has given us yet another video we can’t stop watching. They’ve already conquered treadmills, Rube Goldberg machines, paint, and optical illusions, and now they’ve set their sights on self-balancing unicycles.

It involves coordinating an entire group of people riding the contraptions around a backlot and some lighting precision and umbrella choreography, but they’ve managed to pull it off yet again. Does it matter that you probably had no idea OK Go had a new album or it sounds similar to the last few? No, you’re still probably going to watch the video anyway.