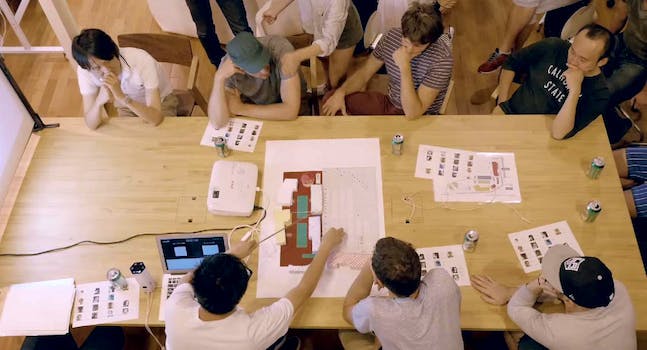 We want one of those mind-reading chairs.

The release of an OK Go video has now become a cultural event, and rightly so. They’re made to go viral, to get the viewer looped into their elaborate mousetraps.

The band is once again inviting us to go down the rabbit hole, with a behind-the-scenes look at their latest video, “I Won’t Let You Down,” which was shot in Japan. Band members Tim Nordwind and Damian Kulash explained how their Honda “personal mobility” devices, which are used in the choreographed scenes, can be activated through telepathy (Kulash calls it “the future chair”), and how the Busby Berkeley-inspired aerial scenes were shot with drones.

The interview also gives you a sense of how much work goes into each video, and how the elements often work against them during shoots. We just really want one of those future chairs now.