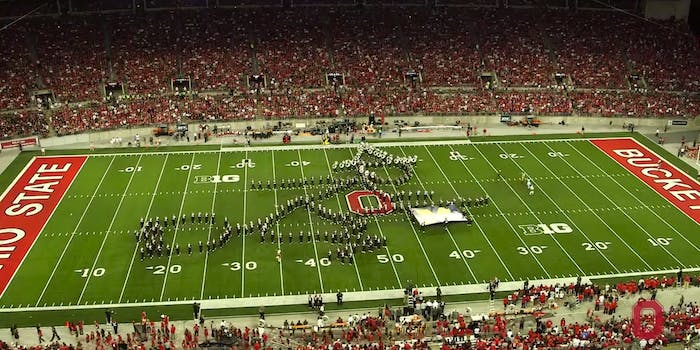 The Ohio State University may not have the best damn football team, but at least the band still has a perfect track record.

While most of us will never make it to a game where Ohio State’s marching band takes the field, we’ve gotten to see them play in all of their glory every week on YouTube. This time around, they’re paying homage to a classic.

Celebrating its 75th anniversary this year, The Wizard of Oz is still beloved by many, and the Best Damn Band in the Land are big enough fans that they went and devoted their entire show to the film. Every iconic scene is present (and the little dog, too) as the band expertly transitions to the next scene and produces a cyclone worthy of the movie.

They’re just reaffirming that there’s no place like the home field.