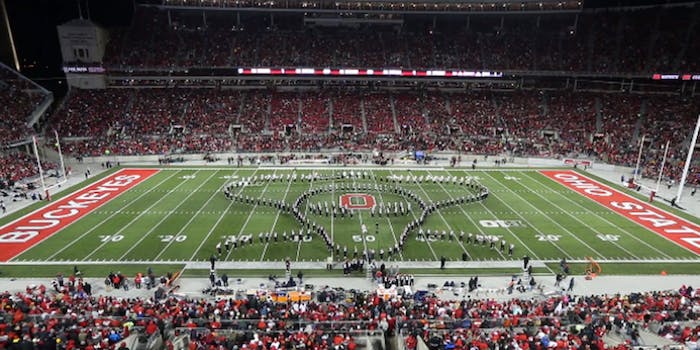 This is the final frontier.

Ohio State’s incredible marching band has given us halftime shows devoted to The Wizard of Oz and Harry Potter. Now they’ve approached the final frontier.

Yesterday, during the Buckeyes’ game against Illinois, the marching band went with the theme “It Came From Outer Space” for its halftime show, producing a medley that included the Star Wars theme and the music from 2001: A Space Odyssey. And since they’re known for their creative formations, they took the geekery to the next level, forming the Star Trek logo and taking on the shape of the Enterprise.

They’ve got this down to a science.