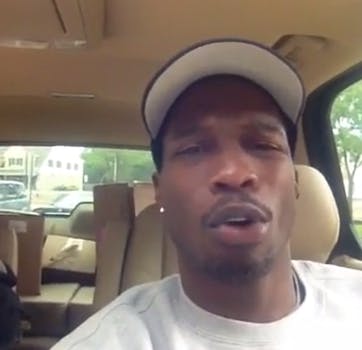 A stolen wallet is found over Twitter, but it's a pyrrhic victory.

It was turning out to be a bad morning for Chad Ochocinco.

The New England Patriots player had his car broken into Wednesday, and his wallet, credit cards, iPod, driver’s licence, and gold Starbucks card were stolen. Yet thanks to his Twitter followers, he was able to reclaim his wallet.

Ochocinco tweeted a photo of a broken window on his rented Escalade, before posting a expletive-laden video about the incident, titled “The Thief Will See This.”

Shortly after posting his video, a follower named Jenna Cote got in touch to say Ochocinco’s wallet had been found by her mom. The wide receiver, naturally, asked about his Starbucks card.

He arranged to meet up with Cote and her mom, though there was one quibble. His credit cards were still in his wallet but the Starbucks card was not. While it’s not clear why Ochocinco is so concerned about a loyalty card, it’s nice to see that the wide receiver and Starbucks have patched things up after this embarrassing moment.

Luckily for Ochocinco, who was actually willing to gamble with his Starbucks card and iHop coupons, his caffeine cravings will continue being sated.

The incident brought a stern warning from Ochocinco’s mom: she told him not to leave unsecured valuables in his car overnight. A lesson we can all take to heart, unless we want our Starbucks cards to be stolen too.