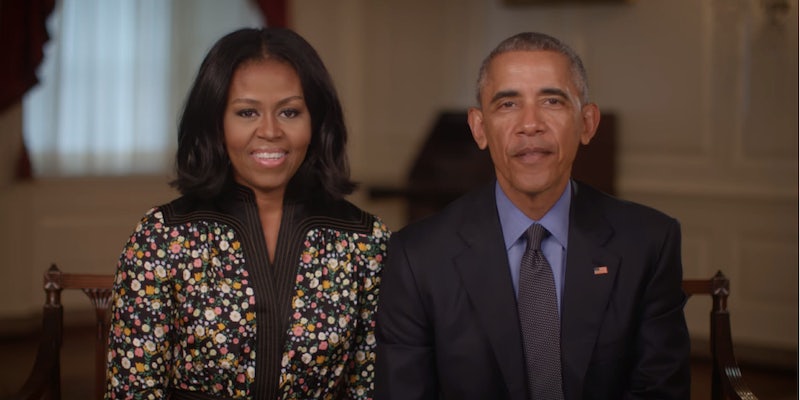 The Obamas are coming to Netflix

The former president and first lady are entering into a 'storytelling partnership' with the streamer.

Barack and Michelle Obama are heading to Netflix.

On Monday it was announced that the Obamas have signed on for a multi-year deal to create series and films for the streaming platform, and have formed the production company Higher Ground Productions to do so. The content could include documentaries, features, and both scripted and unscripted series.

President Obama said: “One of the simple joys of our time in public service was getting to meet so many fascinating people from all walks of life, and to help them share their experiences with a wider audience. That’s why Michelle and I are so excited to partner with Netflix–we hope to cultivate and curate the talented, inspiring, creative voices who are able to promote greater empathy and understanding between peoples, and help them share their stories with the entire world.”

In March the New York Times reported that the Obamas were in “advanced negotiations” with Netflix, and that the content would not be used to address the current president or conservative politics, but rather to inspire and educate. The report said that Apple and Amazon also expressed interest in Obama content.