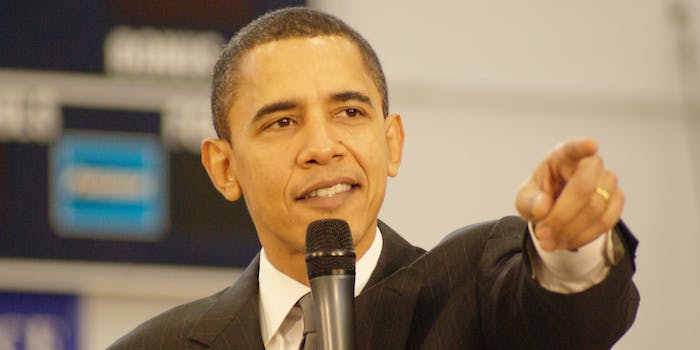 If anyone knows about shaking off the haters, it's Barack.

As evidenced by Pharrell’s rampant side eye during Sunday’s Grammys, not everyone is a fan of millionaire cat lady Taylor Swift. But who has time for the haters when you’ve got the leader of the free world singing your 1989 hit single?

Though Swift’s “Shake It Off” didn’t walk away with the Grammy for Song of the Year, she has something far greater thanks to the YouTube channel BarackDubs. Leave it to Fadi Saleh, the genius behind the beloved channel, to get President Obama to perform Swift’s infectious hit with more effervescent charisma than the singer herself.

While Saleh’s Barackdubs has brought us presidential renditions of Iggy Azeala’s “Fancy” and One Direction’s “What Makes You Beautiful,” we think he has truly outdone himself with this masterful mashup.