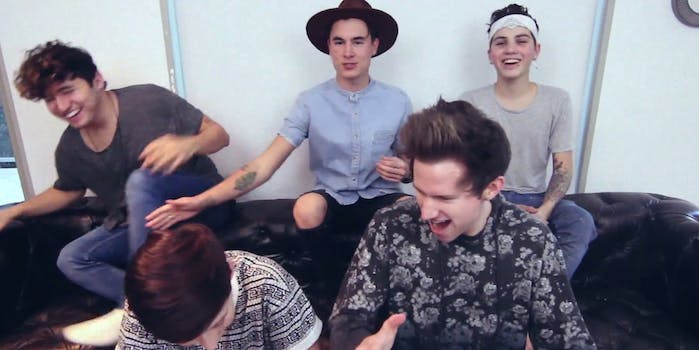 Our2ndLife—the YouTube supergroup of online friends turned teen idols—announced today that it is “end[ing] … on a high note” and abandoning its massive channel. This after 2.8 million subscribers, two and a half years on the rise as a bubbling digital content mill, and the departure of breakout star Connor Franta.

The five remaining vloggers, Trevor Moran, Ricky Dillon, Sam Pottorff, Kian Lawley, and Jc Caylen, still consider each other “best friends” and apparently still live together in Los Angeles. For the channel, the rest of 2014 will be a “goodbye week” littered with individual clips and postmortem interviews about time in the group.

The reason for the breakup, the group said, is chiefly a mixing of priorities coupled with the fact that each member is famous enough to not need a reliance on the moniker. Caylen specializes in comedy, as does Lawley. Dillon and Moran have solo musical projects slated for January. Last month, a compilation of artists that Franta hand-picked into a mixtape cracked the Billboard 200.

“We feel like lately this has not been our best,” said Dillon. “No matter what happens after this video, O2L will live on forever.”

This is forever, it may be the end of the channel but it's just the beginning of a new chapter. #o2lforever https://t.co/cLx2jskxyA

Stay tuned to the guys’ individual channels to find out what’s next for the second life of Our2ndLife.