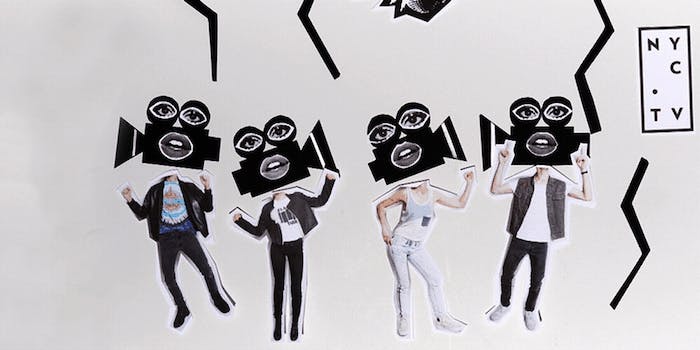 NYC.TV helps with everything a filmmaker needs all the way through post-production and getting their projects seen.

In a globalized world, it can be hard to bring people together. Our ability to reach out across oceans to communicate with people like us makes it easy to forget we’re surrounded by people every day. There has been a lack of centralization in digital video.

Investing in and becoming a part of the city’s arts community, NYC.TV will give independent artists the tools and resources they need to share their work with the world.

NYC.TV—headquartered at NEW INC, the design technology incubator at the New Museum—stands at the vanguard of new era in digital-on-demand video: It promises to give the power of production to the creators and their community—and to share their creations with the world.

Serio was most recently director of content development at SFX, where she led branded video and editorial on the newly relaunched Beatport platform.

Exhausted by traditional media, they all left positions at established brands to launch this passion project, which tackles the two biggest problems facing independent filmmakers in one online location: funding and distribution.

NYC.TV helps centralize those efforts along with everything else a filmmaker needs all the way through post-production and getting their projects seen. Having enough money to get video projects off the page and onto the screen is no mean feat. Crowdfunding platforms like Kickstarter and Indiegogo have made it easier to find funding, and they’re a big part of NYC.TV’s plan too: Of the funds being raised in this round, 70 percent will fund new content and launch new projects, 20 percent will market creators’ content, and 10 percent will boost the site’s tech.

Focusing on one city reorganizes the Internet more effectively. NYC.TV is just the first in a series of .TVs for cities around the world.

Working in isolation, away from others doing the same thing you are, makes it harder to find collaborators. NYC.TV brings creators back to a physical community in a geographic place.

Serio likened this revival of local media to the public access of the ’70s and ’80s, “but the model of watching something on your television is from a bygone era.” So they tweaked the model for on-demand digital viewing. “We really wanted a place invested in New York’s creative community,” she explained. NYC.TV will be a showcase of what New York artists are doing. “It’s something completely new for the creative community.”

NYC.TV brings New York creators together, but the devotion to the island is fairly flexible.

The content has to be made by New Yorkers, but that’s the only New York–specific part. “As long as its video content, that’s really the qualifier,” Rahma said. “If somebody’s been here for six months and produces an amazing documentary film about people picking up cans in the street, that qualifies as content from New York.”

Rahma mentioned shows like Broad City and Seinfeld by way of example: They are New York shows, but what they explore expands beyond the five boroughs—universal themes from a single location. The content can address anything, as long as the work has a local element.

“We are a platform for New York City creators,” Serio said. “You can tell a story about China as long as the crew was a New York crew. If they went to China and shot the thing and then came back to New York and edited it all, they’re local. If they are endemic to the community, we want to showcase their work.”

The content will be a mix of genres and structures: shorts and features; comedies and dramas; narratives and documentaries—even music videos, animation, and a healthy dose of video-art.

As of launch day, the site is populated with 50-60 curated videos by artists already filming in New York, but the crowdfunding goal is to raise enough capital to give back to the creators; an independent development fund is the endgame. After launch day, there will be a one-video-per-day model, and each day the featured video will have the site’s full promotional backing.

All these videos will be brought to you by a promotional platform that harkens back to the early days of MTV. But the brand of the content has yet to emerge.

“The vibe will be reflective of the community,” Serio said, so they don’t know what it will become in the next month or two. “It’s really going to be about what everyone is willing to give out and showcase.”

Correction 1:49pm CT: An earlier version of this article misstated the extent of Kareem Rahma’s global marketing experience at Vice.