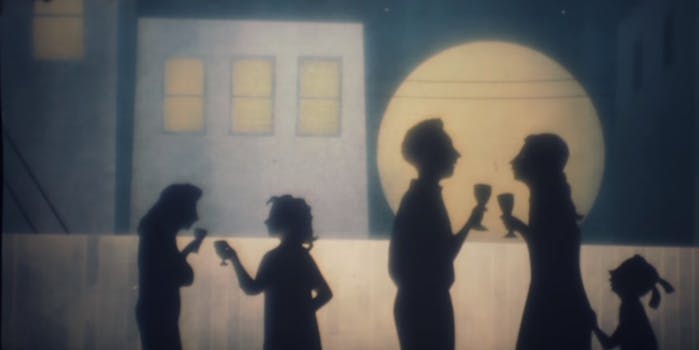 Who knew a science show about human emotions could be so exciting?

The pitch for the second season of NPR’s Invisibilia, which returned to our ears last month, is subtle but perfect:

The science-based show quickly became a phenomenon after its launch last year, with the Guardian listing it in the top 10 podcasts of 2015. But calling Invisibilia a “science show” doesn’t do it justice; the hit podcast explores the intangible forces that shape human behavior—ideas, beliefs, assumptions, and emotions.

Presenters Alix Spiegel and Lulu Miller showed last year that good stories and ideas should—and can—prevail in a platform that’s rapidly realizing male-dominated shows aren’t necessary to bring in listeners. This season, Invisibilia (that’s Latin for “invisible things”) adds the Atlantic’s Hanna Rosin to its presenting roster. Any fears that the addition of another voice would mean less time for the stories fizzle quickly: Rosin works perfectly with the rest of the team and after only two episodes it feels like she’s been around the whole time.

Here the new team hits the ground running with fantastic setups. In episode one we learn how McDonald’s taught Russians to smile, and how workers on an oil rig learned to cry.

Back in 2013 podcast-delivery app Stitcher noted that 70 percent of its most popular shows were delivered solely by men, but times have changed. Those statistics were released just a few months before the podcast renaissance of 2014, led almost exclusively by WBEZ’s Serial, hosted by Sarah Koenig. The spinoff to the ever-popular This American Life quickly became the most popular podcast of all time, which boasts well over 70 million downloads for its first season.

While traditional TV and radio have historically been a macho playground, podcasting has never needed to be. Even though many of the most popular shows are produced by big, traditional media organizations, there’s no precedent for that to always be the case. And that’s what I love about podcasting: At its heart, all that’s needed is a device that can pick up audio, and one great idea. Any hierarchical or budgetary concerns that would have held back new ideas in mainstream media aren’t as prominent, and pave the way for brave new shows from refreshing personas.

This run of episodes provide a smooth transition from season 1 and prove that a show about emotions and intangible forces can still be as exciting and fascinating as stories we’ve come to love from pods that feature more dramatic tension.

Invisibilia season 2 is available from NPR, or wherever you download podcasts.